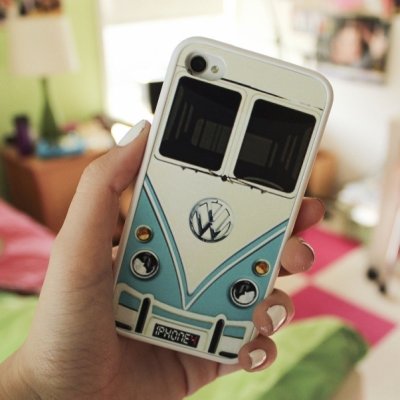 One of the funny uses for a smartphone is to use it as a slingshot. This will certainly be a tempting one when you get frustrated with your phone's ridiculously low battery life or have spent hours trying to work out how 90% of your phone's applications work. Simply insert your phone into some elastic and off it pings. A great way of teaching your kids the pleasures of simple toys.

Drat! Here you are on a picnic and you've forgotten to bring a knife. How are you going to spread the butter? Use your phone as an impromptu knife. It could even be used to cut cake. The smartphone really is a versatile tool that can do pretty much everything. It could even stir your coffee if the cup's big enough.

Now that smartphones are getting bigger and heavier, they have another possible use - self defence. If anyone hassles you, simply club them with your smartphone. You could knock them out with some models. Now you'll feel safe in the most dangerous parts of town. 'You want my phone? Here you are' - wham! You'll leave the miscreant battered and bleeding on the floor.'

What if you want to make some cookies, but you don't own a cookie cutter? Smartphone to the rescue again. It'll make some fairly large cookies, but who needs any encouragement to eat a large cookie? The cookies will also be rather oblong, but since there will soon be nothing left of them but a few crumbs, that doesn't really matter.

How are you going to hold that cookbook open while you make dinner? Nothing's heavy enough, so the book keeps closing. Simple - use your phone to keep the page open. But how can your phone hold down both pages? Just dig out your old phone, and use it for the other side.

Smartphones really are useful in the kitchen. No, I'm not talking about recipe apps. You can use those if you want, but I'm thinking outside the box here. When you need to crush garlic, and you can't find that garlic crusher that you were sure should be lurking at the back of the drawer, give the garlic a bash with your phone instead. The bonus being that nobody will want to steal a phone that reeks of garlic.

As I write this, there is an annoying fly buzzing around me. That fly would be history if I only had my phone within reach. The mosquitos that bug me had better watch out as well - they won't be so lucky next time …

I'm sure our readers wouldn't actually try any of these. But if you want to use your iPhone 5 as a slingshot it will be at your own risk (and that of the people in the firing line). Can you think of any other silly uses for a smartphone?