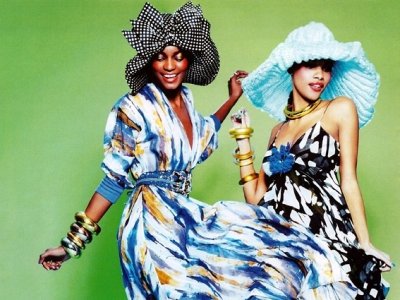 If you love laughing at silly little things, you're sure to enjoy these jokes for pun lovers. Puns are plays on words, which some people roll their eyes at, and others absolutely adore. If you're one of the latter types of people, then you'll get a kick out of these jokes for pun lovers. Even if you don't laugh, you have to admit that they're clever. It takes some talent to arrange words in a 'punny' way.

Ready for some amazing jokes for pun lovers? Let's start with one about meat, because "a steak pun is a rare medium well done." If you laughed at that, then get ready for some more fun!

"The other day I held the door open for a clown. I thought it was a nice jester." Jester, which can be another word for clown, sounds like 'gesture,' which is what makes this pun so clever.

"Whoever stole my copy of Microsoft Office is in trouble. You have my Word." What's the program you use for all of your writing needs? It's Word, of course.

"I'm reading a book about anti-gravity. It's impossible to put down." As you know, gravity is what keeps us stuck to the ground. Without it, our books would never stay on their shelves.

"If you like star wars puns, metaphors be with you." If you're a fan of the series, you know that a common saying is "may the force be with you." This pun plays with that famous phrase.

"When William joined the army he disliked the phrase 'fire at will.'" Would you like your name to be used in such a way? It's no wonder Will is terrified.

"I can’t believe I got fired from the calendar factory.
All I did was take a day off." Taking a day off is common slang for not working, which is perfectly normal. However, it's not acceptable to remove a whole day from a calendar.

"When times are hard fall out buoy really keeps me afloat." Buoys float in the water, and sound just like the word 'boy.' That's what makes this pun so adorable!

"I did a theatrical performance about puns. Really it was just a play on words." This can be seen as the best pun of all. It's a pun about puns, after all!

"I used to have a fear of hurdles, but I got over it." A hurdle is something that one has to jump over. A fear is also something one has to get over, hence the joke.

"A prisoner's favorite punctuation mark is the period. It marks the end of his sentence." If you were in jail, what would you be waiting for? The day you're released, of course!

"When Peter Pan punches, they Neverland." In order to win in a fight, your punches have to land. Too bad for Peter.

"Yesterday I accidentally swallowed some food coloring. The doctor says I'm okay, but I feel like I've dyed a little inside." The words 'die' and 'dye' sound exactly the same, but they have entirely different meanings, which is what holds this joke together.

"The experienced carpenter really nailed it, but the new guy screwed everything up." The carpenter knows how to nail everything together, but he wasn't the one to screw everything in. That was the new guy's job.

"When the cannibal showed up late to the luncheon, they gave him the cold shoulder." Giving someone the 'cold shoulder' means that you're ignoring them. In this case, that cold shoulder is physically a piece of the human body.

"Santa’s helpers are subordinate Clauses." If you aspire to be an English major, you should already know what subordinate clauses are. But in this case, they refer to the elves that listen to everything Santa has to say.

"Biologists have recently produced immortal frogs by removing their vocal cords. They can't croak." Croaking is a slang term for dying. Of course, it's also the sound that frogs make.

"A zoo had a camel with no humps named 'Humphrey.'" Sound out the animal's name. If you do, it sounds like hump free.

"He bought a donkey because he thought he might get a kick out of it." The phrase "getting a kick out of it" means "enjoying it." What makes this funny is that donkeys are known for kicking.

"A dog gave birth to puppies near the road and was ticketed for littering." We all know that littering means tossing trash into the environment. But when dogs give birth, they create a litter of puppies.

"It's OK to watch an elephant bathe as they usually have their trunks on." Elephants have trunks, but 'trunks' are also what we call bathing suits.

"Police were called to a daycare center where a three-year-old was resisting a rest." If someone is resisting arrest, it means that they're not complying with a police officer. In this case, a baby is simply refusing to take a nap.

"This girl said she recognized me from the vegetarian club but I'd never met herbivore." A herbivore is someone that only eats plants. If you sound it out, it sounds like 'her before.'

Hopefully some of these puns were able to make you laugh. They may be corny, but that doesn't make them any less entertaining. Share them with your friends when a conversation gets boring, and you're sure to get a reaction--whether it's good or bad. What's the best pun that you've ever heard?