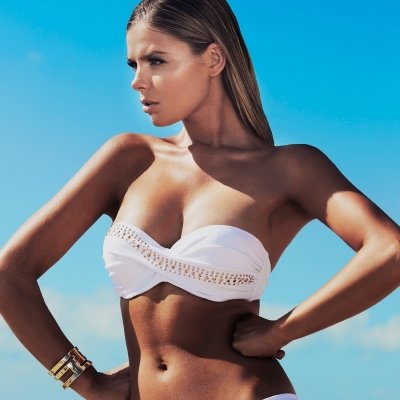 When I was little, I used to love eating Nutella with garlic, and I'm sure many of us have some rather unusual cravings or eating habits; but you'll remain speechless to find out about some absolutely crazy things found in human stomachs. Who wants Nutella and garlic when you can eat a phone? This is what an inmate at San Salvador ate, for instance. And this is just the beginning. Just check out these mind-blowing things found in human stomachs!

This is definitely one of the strangest things found in human stomachs. French entertainer Michel Lotito is famous for ingesting indigestible objects, like glass, metal, rubber, and even bikes and TVs. But his biggest "accomplishment" is eating a plane. It took him around 2 years to eat it, after disassembling it and cutting it up in pieces small enough to swallow. Jesus!

An 18 year old girl in Chicago went to the hospital reporting severe stomach pain and considerable weight loss. When the X-ray revealed a large mass in her stomach, doctors feared the worse and opened her up. Instead of a tumor, they were faced with a huge 10 lb. hairball. Apparently, the girl had the habit of eating her own hair. Even her cat must have looked at her in shock!

Doctors in a Chinese hospital had to surgically remove a bottle from a man's stomach. The man, who unsurprisingly wanted to remain anonymous, stated he had no idea how it got there. But some things are better left unsaid, I guess…

A 33 year old lady had to get a spoon surgically removed from her stomach. It seems she tried to use it to take out a fish bone stuck into her larynx and accidentally swallowed it.

While the woman in the previous point had an unfortunate accident, things are different with Margaret Daalman, who has willingly swallowed 78 spoons and forks. Sadly, the Dutch woman seems to have been suffering from a sort of obsession that gave her the urge to eat cutlery.

It's so romantic to find an engagement ring in your champagne glass or dessert, isn't it? Well, Kaitlin Whipple might disagree. She swallowed the ring her boyfriend had hidden in her frosty without even noticing it. She didn't believe him when he told her he really did plant a ring there and was about to propose, so he took her for an X-ray to show her the evidence.

You've probably heard stories about the things inmates would do in order to get the chance to have a "short vacation" in the hospital. And a lot of them are true. X-rays taken at a prison in North Carolina revealed that prisoners swallowed even bed springs to gain their trip to the hospital!

... Lots and lots of them. Doctors at an Indian hospital remained speechless after finding more than 400 coins and other metal objects in a 28-year-old man's belly.

Among all the crazy things found in human stomachs, I have to mention the 20" long eel a Chinese man reported to have stuck inside his belly. And what's even crazier is how it got there. It seems the guy has been watching some naughty movies that gave him the idea it would be just marvelous to pop an eel up his anus! Ewww!!!

Some of these things found in human stomachs got there by accident, and some due to mental conditions. But why the heck you would eat plane parts just for fame or do what #9 did is beyond my comprehension. What do you think about this list?