7 Priceless Fangirl Problems We've All Had to Deal with ... 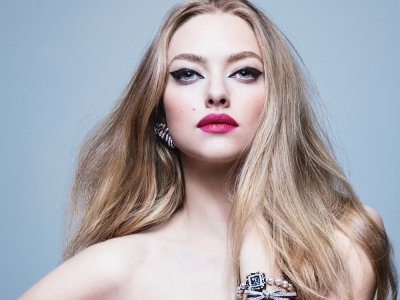 If you’re obsessed with a band, show, or celebrity, you’ve suffered from fangirl problems. You start out by simply enjoying a show, and soon you have your favorite stars' birthdays and IMDb pages memorized. Even if they're thirty years older than you, it doesn't matter, because they're impossible to resist. Here are some of the biggest, most priceless fangirl problems most of us have suffered through:

If you’re a Sherlock fan, you’ve waited years and years for a new episode. If you’re in love with Fall Out Boy, you understand the deep desire for new concert dates. One of the biggest fangirl problems is that we have to wait for good things to come to us. Waiting a week for a new episode is one thing, but waiting months until a new season starts can be torturous. Well, at least there are always reruns.

Never log onto social media sites after missing the newest episode of The Walking Dead. The plot is going to be ruined for you. As soon as you open your laptop, spoilers are virtually impossible to avoid. If you’re obsessed with a show, make sure to watch it when it airs, or avoid all forms of human interaction until you can watch it online. Don’t let spoilers take away all of your fun.

When you see fellow fangirls meet your future husband, you’re a little happy for them, but super jealous. All you want to do is be in the same room as your idol, and breathe the same air. When you see another celebrity engage in a sultry make-out scene with your man, that jealousy returns. Why do some girls have all the luck? You’d do anything to kiss him.

When you hear a new song or see new promo pictures, you can’t help your squealing. Of course, this usually happens around midnight, and you have to control yourself, so that you don't wake up the whole house. Then again, everyone around you is used to your antics, so they don’t bat an eye when they see your arms flailing.

When you really want two characters to date, but a pesky love triangle keeps getting in the way, you want to rip your hair out. Of course, that’s not the worst thing. Sometimes half of your favorite couple is killed off, and the other one is left alone in their misery. The writers thrive on giving their audience so many ‘feels.’

You’ve told some hilarious jokes, but people that aren’t in your fandom have no clue what you’re talking about. There are so many references you want to make, but unfortunately, your friends have never seen Adventure Time. Well, it's time to force them to binge watch it, so you finally have someone to talk to about it.

Concert tickets, shirts, and DVDs cost money. Of course, it doesn't really matter, because keeping your cash in your wallet is not an option. You need the latest merchandise, or what's the point of living? Your fangirling might occasionally make you look insane, but it keeps you happy, and that's the most important thing.

There's nothing wrong with fangirling, because everyone is crazy about something, whether they want to admit it or not. What band or show are you completely obsessed with?