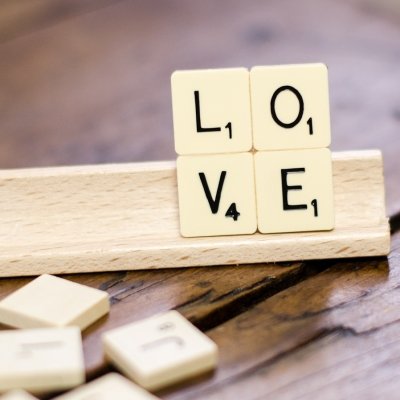 Do you still have the game of Jenga tucked away in your closet? Pull it out, and write down different activities on each of the blocks. When you pull out the block during the game, you have to complete the activity listed on it. This is one of the creative games to play with your boyfriend that will keep you both entertained, because you're the ones making up the rules. Decide whether you want to make some of the blocks sexual, or just plain silly. It's all up to you two.

If you still have your old Twister board, you should pull it out, along with some paint that's safe to get on your skin. Pour the correct colored paint onto each colored dot, and get ready to get messy. Just make sure that you're wearing clothes you don't mind ruining.

3. Spice up SPIN the BOTTLE

All you need for this game is a bottle and a few slips of paper. Write different activities on each slip of paper, and place them around the bottle. Then take turns spinning the bottle, and complete whatever activity the bottle lands on. Make sure you write down some ridiculous tasks so that the game doesn't get boring.

Scrabble is hard enough to play without adding additional rules to it, but you might as well try it out! Try playing by only spelling out words that have something to do with your relationship, like "kiss" and "date." Or you could play a round where you use the phonetic spelling of words instead of the actual spelling. So instead of making the word "cutie," you can write "qt."

Write down random questions on slips of paper, and put them into a pile. Make sure that they're ridiculous topics that would never come up in a casual conversation. Ask what wild animal he would want to have as a pet, or what he would name a bakery if he owned one. The sillier, the better.

Play a game of Pictionary or Charades, but create your own words to draw and act out. In order to make the game special, make sure that each of the words are names of people that you both know, or places that you've both been together.

7. A GAME of YOUR CHOICE

Play any video game or board game that you'd like, and create punishments for the loser. Make sure that they're ridiculous enough, or you won't play your hardest to win. Just remember that the aim of the game is to bring you two closer together, and not to embarrass the other person when they lose miserably.