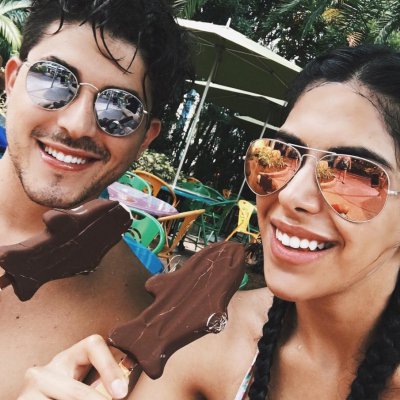 It's scary to admit your feelings to your crush. That's why, instead of bluntly telling him that you're in love with him and want to be his future wife, you should use a few funny lines to flirt with him. You'll get the same point across without sounding too intense. You just need to know that he's able to take a joke. If he can, here are a few funny lines that will let him know you like him:

2. Tie Your Shoes. I Don't Want You Falling for Anyone else

This is a cute line that he probably hasn't heard before. Of course, it suggests that he's already fallen for you too, so make sure that you're 99% sure he returns your feelings before you use this phrase.

If he's a cat lover, then you might as well mention felines in your conversations. It'll show him that you actually pay attention when he speaks and know what he likes.

4. I Was Feeling a Little off Today, but You Turned Me on

If you don't mind sounding a little bit naughty, then you can use this line. It's a straightforward way to tell him he's the sexiest thing you've ever seen.

5. I'm Not Drunk, I'm Just Intoxicated by You

This line works best if you go to a party with him. When he sees you acting flustered in front of him, let him know that you haven't been drinking. He's the only drug you need.

6. Would You Grab Me so I Can Tell My Friends I’ve Been Touched by an Angel?

Not only will this line let him know that you think highly of him, but it will hopefully convince him to touch you. If you're lucky, he won't just grab your arm. He'll give you a kiss.

7. Are You Religious? Because You're the Answer to All My Prayers

You should try to use lines that you know your crush would appreciate. So if he's really religious, this is the perfect way to win him over.

8. Have We Had a Class Together? I Could've Sworn We Had Chemistry

If your crush doesn't even know you exist, you need an opening line, and this one takes the cake. Approaching someone to talk about a class won't look strange at all, and if he seems sweet, you can follow up your question with the second half of the line in order to finish hitting on him.

9. I Thought Happiness Started with an H. Why Does Mine Start with U?

This line is about as corny as they come, but it's still super sweet. It'll let him know that he makes you smile. There's no better compliment.

It's time to be brave and try to turn your crush into your boyfriend. What's the cutest way someone has ever admitted that they like you?