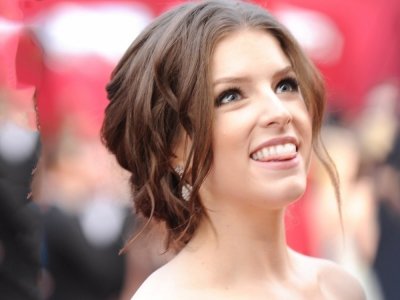 Let's be real, I practically live for Anna Kendrick tweets. She's absolutely hilarious! If you don't already follow her, you should do that NOW. She says the crazy stuff we're all thinking! Whether she's talking about Twilight, cute guys, or posting silly selfies, Anna's always proving that she's the coolest of us all. Check out these hilarious Anna Kendrick tweets that'll make you love her if you don't already!

You know that moment when you don't know whether you should be going in for a hug OR a handshake? Yeah, well Anna Kendrick hates those moments too. She tweeted, "My anxiety over misreading that handshake-or-hug moment takes up way too much space in my brain." It's cool knowing that she stresses over the little things like us. It's kind of funny actually! The list of funny Anna Kendrick tweets only get better!

Anna is all about staying comfortable. She tweeted, "If I find a movie where my character wears sweatpants all the time I swear I'll do it for free #TheseAreFacts." LOL! I bet Hollywood screen-writers are working on that script right now for her! How hilarious would it be to just watch Anna lounge around in sweats for an entire movie?

Does anyone actually watch all those videos on their Instagram feed? I don't. It takes too long to load! Anna knows what I'm talking about. She tweeted, "I scroll past your Instagram videos." Hey, at least she doesn't deny it, right? Now you know that Insta-videos will NOT catch Anna's eye!

Anna Kendrick is definitely not shy about letting her thoughts be known. When she found out Kelly Clarkson was reading her tweets, she tweeted back! She tweeted, "This is awesome… be cool Anna, be cool… CAN I SMELL YOUR HAIR???? …..dammit." LOL! I'm sure Kelly Clarkson thought she was hilarious and wanted to be best friends with her. Just like I do!

Anna recently graced GQ with a very sexy picture. When fans started to think of Anna as this new sex symbol, Anna let them know the reality of the situation. She tweeted the picture of her GQ cover alongside a picture of her in sweats striking a silly pose. She captioned it, "I would just like to remind everyone of the reality of the situation." I love that she's not afraid to show what she's really like!

Anna's also not shy about letting the twitter-verse know she's hungover. She tweeted, "You know you're hungover when you brush your teeth with your sunglasses on." Sounds like a pretty wild night. We all know who's the life of the party!

Anna doesn't care about spending too much time on hair and makeup. She tweeted, "I don't think I completely washed out my conditioner this morning so I'm gonna throw on some sweats and call this day a win." Sounds like the sort of logic we should all have!

Well, there you have it! These are just seven out of MANY Anna Kendrick tweets that prove she's the coolest. Did these tweets make you want to become her new best friend? Because if so, get in line with the rest of us! It was difficult to narrow down the list because literally everything she tweets is funny! Which was your favorite Anna Kendrick tweet?