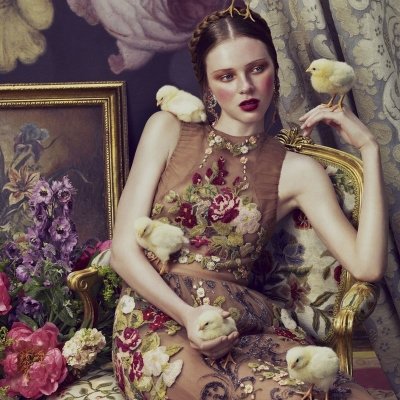 The people you'll see at a Renaissance Fair are by far my favorite things about having a summer job. You wouldn't believe how far some people will go to look like they lived in that time. Dresses, hats, hairstyles; you name it, it was there. Fantasy costumes too. I can't imagine wearing things like that in 90-degree weather but, for some people, it's a way of life. In addition to the lord-and-lady costumes we wore, here are some of the people you'll see at a Renaissance Fair.

Out of all the people you'll see at a Renaissance Fair, the knights are my favorites. I only saw one full suit of armor, but there were some people wearing the chainmail, shields and tunics you'd see in that period. I even saw a couple doing an imitation of the Templars in “Monty Python and the Holy Grai,l” complete with the clomping coconuts and silly trot. Awesome.

The first weekend I worked was some sort of “everybody-bring-their-dog” day. Apparently they make “fantasy-movie” costumes for dogs too, because some of them were dressed up like their owners. It's hard to be afraid of a Doberman when he's wearing blue fairy wings. Ditto a Robin Hood hat.

This has got to be one of the coolest things I've ever seen-a group of three dressed like the stone gargoyles you've seen on rooftops, complete with the gray costumes and makeup (?) all over them. Whoever made those costumes did an amazing job because I've seen sci-fi movie characters that didn't look as good.

They were everywhere. Tartans, camouflage, plain black-you name it. Several men wore T-Shirts that said, “It's a Kilt! If I were wearing something under it, then it would be a skirt.” I was also told this, ahem, “traditional Scottish poem,” which you can read at abdulbaki.org. I'm not sure if that rumor is true and, frankly, I don't want to know. Leave some things to the imagination, please.

I'm using “minstrel” as a catch-all term for the wide variety of performance art I saw. For a seemingly family-friendly event, some things were definitely geared toward adults. There was one comedy stage act I passed by on the way back to the parking lot that was hilarious but very, um, colorful. Then again, so was the humor back then. If you'd like an example, read the aforementioned poem. “Brain bleach” optional.

There's one guy who comes every year dressed in the same Roman guard/gladiator costume. I don't remember his name, but I do remember that he has gorgeous legs. I also saw Russell Crowe and Gerard Butler doppelgangers in the delightful shirtless costumes they wore in their movies. Hey, guys can't have all the fun. We need some eye candy too!

7. Lord of the Rings Characters

One word: Legolas. Orlando Bloom looked pretty sexy as that elf in the movies, so I was very happy to see that there were long-haired, pointy-eared imitators walking around. There was also a wizard, but I couldn't tell if it was Gandalf or some other fantasy character. I'm not familiar with the stories, so I probably missed a few.

In the six weekends I worked at the fair, I saw clones of Jon Snow, Jaime Lannister and Sansa Stark. I'm not sure if “Jon” and “Sansa” were trying to look like the characters (I know the Jaime clone wasn't), but it worked. I'd love to have seen a clone of Tyrion Lannister!

They were in imitation of those very large wooden wheelbarrows you see people riding in the movies. I saw one bring a lady right up to our booth-I guess the Renaissance version of a drive-in.

Apparently Jack Sparrow has a look that men want, because I saw him everywhere. As difficult as this may seem, there were a few who could give Johnny Depp a run for his money. I'd have gotten pictures for your enjoyment, but my managers “frowned” on that. Plus my phone doesn't have a zoom lens. Anyway, the lady pirates and wenches wore beautiful corsets with shredded skirts and fishnet tights. If I could carry those off, I totally would.

I don't know if it's spelled “Fairies” or “Faeries,” but these are some of the most beautiful and feminine costumes at the Renaissance Fair. I saw a gorgeous snow fairy costume, but I'm pretty sure the person wearing it was a man. No, I didn't get a picture. Sorry.

There was one wench giving out cheek kisses, as well as several running the shops. What's funny is, they didn't look particularly “wenchy”-meaning, they didn't look as, um, immodest as the name implies. But, that's what they said they were. Hmmm-idea for next year? Then again, they were pretty. Never mind.

I've never seen a real Romani so I don't know what they wear, but these ladies were wearing the kind of costumes you'd see on belly dancers today. Hip jewels, draped bandeau tops, slippers-the whole “shebang.” Most were in the longish layered, shredded skirts I saw on the pirates, but there were a few in the wide-legged pants. Again, if I could carry them off, I would.

I didn't get a chance to see all of the acts or booths because of the sheer size of the lot, but what I saw was fascinating. The metal work, the clothing booths, the jewelry and talismans; it's impossible to see them all in one trip, so I can see why people come back for more. I'm not really “into” anything enough to spend that kind of money. Have you ever been to a Renaissance Fair? If so, what kind of costumes or people have you seen? What sorts of things come to mind? If you'd like a reference, visit stores.renstore.com.