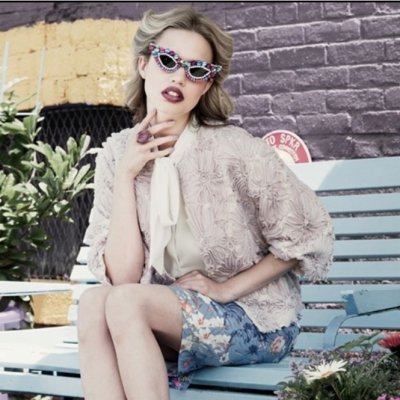 We live in a crazy and bizarre world, and judges are among the ones who know it best, as they often have to deal with the weirdest lawsuits you can imagine! You've heard about people trying to make an "honest" living by suing others without any real reason, but some legal cases go well beyond that and are so ridiculously strange you can't believe they're real. Here are just 9 of the weirdest lawsuits the courts have seen.

1. Master of the Universe

Sylvio Langevin does not stoop so low as to sue for money. No, he had more ...erm ...celestial matters on his mind when he filed one of the weirdest lawsuits ever. To be more precise, dear Sylvio sued to gain control of the Earth, four of Jupiter's moons and other planetary bodies. According to Langevin, it was only fair for him to be able to collect planets, just like other people do with baseball cards. Unfortunately, the judge handling his case didn't quite agree with him. What a heartless judge!

Allan Heckard of Portland, OR, filed a suit in 2006 against Michael Jordan for an amazing injustice: he looked too much like him. Heckard stated he has suffered emotional trauma due to this resemblance and wants to get only a total of about 800 million dollars as compensation. Allan stated he is sick of people mistaking him for Jordan and thinks Nike is also to blame for this, as they made the basketball star so popular. So he decided to sue Nike too.

Spanish businessman, Tomas Delgado, decided to sue the family of a boy he ran over and killed while driving his Audi A8. Why? Because the car suffered damages during the crash. After his case sparked national outrage, Delgado decided to withdraw his legal claims.

Long Island surgeon, Richard Batista, donated one of his kidneys to his wife to save her life. When she filed for divorce a few years later, Richard filed a suit to demand either his kidney back or 1.5 million dollars. Who knows what made him do this – maybe it was pain or feelings of betrayal – but this is definitely one of the weirdest lawsuits I've heard of.

Jian Feng had a shock when his stunningly beautiful wife gave birth to a child he described as horrifyingly ugly. The baby did not resemble any of the parents, so Jian Feng accused the new mother of having an affair. The actual truth was a lot more shocking to him. It turned out that his wife had undergone extensive plastic surgery before they met and, so, the baby did resemble the "former her". The father decided to sue her for misleading him. Note: there are rumors that this case was made up, but it's such an interesting story if it's actually true!

In 2007, an antique store owner in Manhattan got really upset on a group of homeless people hanging out near his store and allegedly driving potential customers away. What did he do? He decided to sue the homeless for 1 million bucks! They must be living on the streets just out of pure pleasure or because it's trendy, and they actually have millions of dollars stuffed in their pockets, right?

7. The Most Dangerous Digital Pirate

The war between the authorities and digital piracy has been going on forever, and the Recording Industry Association of America (RIAA) has filed numerous suits against "pirates". While many of the legal claims are legitimate, some are so way off it's ridiculous. For example, they once sued a poor 83 year old lady who was actually deceased and had never even owned a computer.

These were only some of the weirdest lawsuits that show us how crazy this world is. Have you heard of any others?