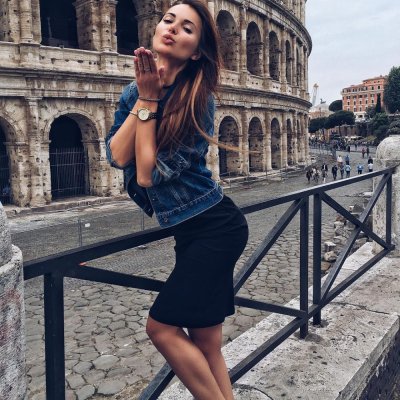 Snapchat is pretty awesome … except when it's not. When it's not awesome, it's really, really … really not awesome. In the main, as a social media platform, it's not so different from Facebook, Twitter, Instagram, or Tumblr: you can interact with your friends and family, you can share lots of cool stuff, and you can follow a lot of cool people. Also, you will be very annoyed by a great many other users and it's possible that you will receive more than your fair share of dick pics, generally unsolicited. Snapchat stands apart, however, because of what you can do – and I don't just mean playing around with filters or making cool Snapchat art. My point is that there are some people you might want to block on Snapchat, just to guarantee yourself the best Snapchat experience. Which people should be avoided at all costs? These people. These people right here.

1 The Guy Who Sends Photos of His Genitals without Asking

Let's just get this one out in the open, shall we? Now, I know not all guys do this, I absolutely know that, and you do, too. However, some guys do, and many of those guys seem to end up on Snapchat. You don't even have to be carrying on a conversation with this guy. He might send you a snap or a video out of nowhere, showing him jerkin' the gherkin or something. NO THANKS, SNAPCHAT MAN.

This Snapchatter loves to drink. Okay, cool. However, soon it becomes clear that this Snapchatter drinks ALL THE TIME. Every new snap involves alcohol. You're convinced that this Snapchatter only recently turned 21 or perhaps started college and is simply drowning in all that booze and independence, but after a while, you get tired of seeing snaps about microbrews and how superior they are, plus you're now legitimately worried about your Snapchatter's liver.

The Snapchatter is one thing. The Catsnapper is another. This snapper not only takes endless photos of her/his cat (or dog, to be fair, but Catsnapper is pithy so sue me), but s/he makes liberal use of Snapchat's paint feature. At first, it's adorable. After 12 days of catsnaps, it is no longer adorable.

Oh, this snapper. Your hate is so real and you know it's kind of unfair, but it's also totally justified. See, this snapper is perfect. Flawless. Most frequent tags? #IWokeUpLikeThis and #blessed, of course. Seeing this person's perfect life, one second at a time, is just kind of depressing. And draining. And demotivating.

Sub-snapping is like sub-tweeting or vaguebooking. I … god, we have to stop making up words like that. Anyway, these snaps are sly, sneakily snarky and pointed, directed at some mysterious, vague entity. I'll admit, they're occasionally entertaining, but more than anything, you just kind of feel embarrassed and uncomfortable when you look at them.

Got up. Ate breakfast. Got ready. Went to school. Went to work. Ate lunch. Went out to dinner. Watched Netflix. Went to bed. The updates are endless, and they're all about things that few people honestly care about. I mean, I don't even care about the mundane aspects of my own date, let alone anyone else's.

7 Snaps of a Perfect Life

Admittedly, jealousy is one of the primary reasons to block these Snapchatters. Their photos and videos showcase their perfect existences. If it's raining where you are, you'll spot a snap showing off an endless, sandy beach bathed in sunshine. If you're looking forward to Ramen for dinner, they'll share a snap of a scrumptious gourmet meal in a spotless kitchen.

This person is awful and evil and untrustworthy. That's all I have to say about that. S/he screenshots everything, from embarrassing pics to private shots to conversations. Boo.

9 The Snapchatter Who Adds Everything to Her/his Story

By everything, I mean EVERYTHING. This Snapchatter shares her/his entire day. Everything ends up on the story. By nighttime, there's like 15 hours of footage and it all consists of … well, most of the stuff listed here, actually. When someone's had a really interesting day, this is actually kind of awesome. When you're forced to live through the story of someone's perfectly ordinary, painfully boring day, however, your eye starts twitching and blocking just seems like a good idea.

Are there any Snapchatters or social media users in general that you absolutely can't stand? No judgment – we've all got at least one.