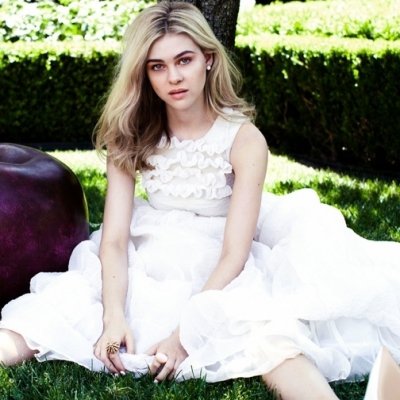 There are ridiculous pieces of advice given to women that sound reasonable, but just aren't true when you really think about them. That's why you shouldn't believe everything you hear, because it won't always be correct. You have to be the judge of whether you think a piece of advice is worth following, or if it's too silly to take seriously. Here are some pieces of advice given to women that aren't exactly accurate:

Supposedly, when you meet the love of your life, you'll know it immediately. Nothing will compare to the feeling you get when you look into his big eyes, when you hear him yell at the television, when you feel his chapped lips against yours. Of course, that's not necessarily true. It's one of the pieces of advice given to women that shouldn't be taken so seriously. Sometimes, you'll question whether you really love him. There's nothing wrong with that.

2. A Leopard Can't Change Its Spots

You're not the same person you were in third grade. If you stole your friend's pencil and never returned it, it doesn't mean you'll grow up to be a thief. People really can change.

3. Laughter is the Best Medicine

Yes, laughter can cure your sadness. However, it can't cure a sore throat. If you're actually sick, then you might want to think about heading to the doctor. Your laughter might work wonders when it comes to altering your attitude, but it won't cause a medical miracle. You'll need a doctor to help you with that.

Women are told to pay special attention to the nice guys in their lives, because they always 'finish last,' which is ridiculous. Everyone gets tossed around in life, whether they're good guys or bad ones. The universe doesn't discriminate. Plus, we're also told that 'all the good guys are already taken,' so they must not have finished last...

A hug, a kiss, or a simple look can be massively important. However, words can speak just as loudly. Why do you think people are so obsessed with being told that they're loved? The word is meaningful, and everyone loves to hear it, even if they're being drowned in affection via actions.

You're never going to look like a giant cookie, no matter how many bags you eat. Yes, it's important to eat healthy, but it's not going to kill you to dunk a few Oreos into your milk. You might as well make the most of life, so if you love snacking, don't feel guilty over it.

You're going to get different pieces of advice thrown at you throughout life, but it's up to you to decide which pieces you think are worthy of listening to, and what you want to disregard. What's the silliest piece of advice that you've ever been given?