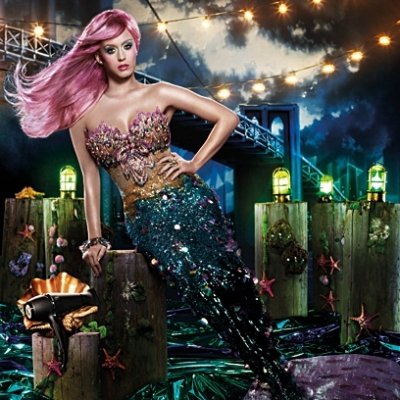 Being a mermaid would be the coolest thing ever…period. Who wouldn’t want to be considered one of the most gorgeous creatures in the world who gets to live under water? Not going to lie, I’ve wanted to be a mermaid since I saw Fantasia at the young age of 5. Here are just a few reasons why being a mermaid would absolutely rock!

So, of course, being a mermaid would grant you the power to breathe underwater. I don’t know about you, but that sounds like a pretty good deal to me. I’ve always wished I could flood the house and just swim through the halls and live in the water. Is that a weird dream…? Probably, but I’m actually serious. Living in the water would feel like you were always flying, which would be also be an awesome feeling.

Want to visit Australia or Fiji? Mermaids could just swim there! It doesn’t get much better than that. No more seasick boat rides or long and expensive flights – you’d get first class seating and a free pass to just about anywhere in the world. I would travel to Europe, Australia, the Caribbean, and Japan. Where would you travel?

3. Your Hair Would Always Look Good

Everyone knows that underwater hair is the best hair – imagine having an awesome hair day every day. It’s every girl's dream. You would never have to deal with humidity or rain or frizz ever again. And forget about all the expensive oils and hair products – the water would do the trick and your hair would always look luscious and flowy.

4. Sushi All Day Every Day

Who reading this is a seafood and/or sushi lover? If you’re a big fan like me, then being a mermaid would be even cooler because it’s like an all you can eat buffet all the time. It might be odd to talk to your food and hear it talk back to you before you eat it, but hey, free sushi is free sushi, right?!

Mermaids are known for their gorgeous looks and seducing voices that attract and put men in a trance every time. Need I say more? All the boys would be after you ALL the time. Guys would practically be begging to hear you sing and do anything just to be in your presence.

Move over, Victoria’s Secret – the “it” thing to wear is a seashell bra, duh! As a mermaid, you could search the 7 seas to find the prettiest and most perfectly shaped shells for your own DIY bra. Not to mention that you could add pearls or whatever else you can find on the ocean floor and customize your bra to suit you 100%.

7. You Would Be Rare

As a mermaid, you’d basically be the coolest thing since sliced bread – I mean, people would marvel at you and just be like, WOW, every time you’d be spotted. All women are already precious and rare gems but as a mermaid woman, you’d be double the rarity.

If I were a mermaid, I think my mermaid name would be Coral or something. Life would definitely be so much more awesome and I’d take full advantage of all mermaid perks and powers. Why would you love to be a mermaid? What would your mermaid name be?