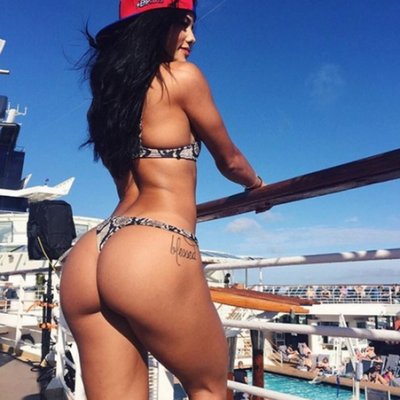 Ladies, if you are in a possession of an amazing big butt🍑, you are so lucky 🙌! Not only everyone in 2016 is craving to have what you have, the mass obsessions❤️ with big butts 🍑 is even more legit with this new research from Oxford: the scientists 🎓 from the University of Oxford have discovered that women 👸 with larger than average butts 🍑 are not only increasingly intelligent 👓 but also way much more resistant💪 to chronic illnesses🤒.

According to ABC News, the results found that women with bigger backsides 🍑 tend to have lower👇 levels of cholesterol and are more likely to produce hormones to metabolize sugar 🍰 (how amazing is that!)✨. Therefore, women with big butts 🍑 are less likely to have diabetes or heart ❤️ problems.

If that's not enough to get you to celebrate 🎉 your fabulous derrier, here's another piece of info: big butt 🍑 requires an excess of Omega 3 fats, which have been proven to catalyze brain development 🤓. The researchers also found that the children 👶 born to women with wider hips are intellectually 👓 superior to the children of slimmer, less curvy mothers.

Having a big butt 🍑 also favors leptin levels in the female body, which is a hormone responsible for regulating weight (yes!🎉), and dinopectina, a hormone with anti-inflammatory, vascular-protective ❤️ and anti-diabetic🍫 attributes.

Similar studies were also conducted by universities in California and Pittsburgh not too long ago that discovered that women with bigger butts 🍑, wide hips and smaller waists may even live longer as well ⏰!!!

And here's the classic tribute to the object of the research, the big butt:

*This study did not include fake butts.