11 Signs Its a Student House Youre Living in ... 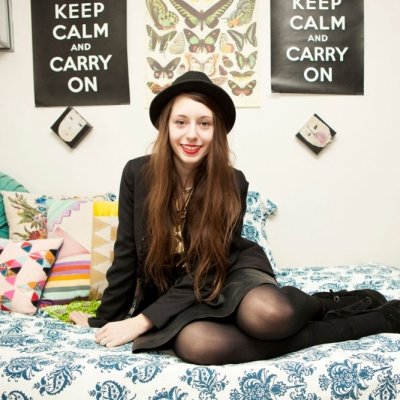 There are definitely signs it’s a student house that you’ll recognize for your current or past living arrangements. There are many student stereotypes and clichés about students, but the thing about stereotypes is they have a basis in actuality. A feature or characteristic that enjoys great prevalence becomes a stereotype, and when it comes to students and students' digs, these can be pretty funny. There are several simple signs it’s a student house even when a student is not present. If the student was present, then you would hear complaints about not having enough food, even though the student is holding an iPhone that costs more than a second hand car.

This is one of the more obvious signs it's a student house. There are plenty of reminders, such as post-it notes, study plans and motivational posters, yet the books are still in their cellophane.

Parents buy their student a brand new chair with arch support so that their darling child will not get a bad back as they study long into the night. The chair sits in front of the desk, in its box, but is still being used as a chair.

3 Mess That is Clearly Disguised with Throw Blankets

On sitcoms and the Simpsons it shows people hiding mess with throw covers and blankets, so students give it a try thinking that nobody will notice the bed blanket parade going on in their various rooms.

This also comes in text messages, diary entries, blog posts and notes left around the desk. They complain about how it is impossable to get a good grade.

5 A Study Plan That Took Three Weeks to Create

Maybe a study plan is a good idea, but did it need to be colored in with different colors for each day and subject? Still, it makes for a cheap and easy decorating item.

Every time the student sees a new motivational poster, he or she buys it. The walls are smothered in posters but all it motivates is the need for more posters.

7 An Upturned Iron Being Used as a Burger Grill

Parents turn up and discover that the iron is being used to fry a burger on. They are horrified as their child tells them it is because their gas has been cut off and they cannot afford to pay it, when in reality the student cannot be bothered to wash one of the frying pans so resorts to iron-cooked burgers.

It may seem like a horrible crash just ran through the dorm room, but what you are seeing is in fact a two-hour session of “Who is the best Spiderman?”

Here you find an apple core that seems to have been eaten except for one section in which you can see it has not been touched and the skin is still visible. On closer inspection, you see that it is the part of the skin where the label is stuck and the student was too lazy to take the label off.

The student cannot be bothered to put the new toilet roll onto the holder, so carefully balances it on the holder as if it were a small shelf. If it is a male student house, then the toilet roll holder is still deemed to be full if there is at least one sheet still attached to the roll. This includes if the sheet has come unstuck and is balancing on the cardboard tube.

Your male student housemate spent three weeks writing the perfect scholarship essay about how well he was going to do, and built up his parents' expectations as to his future as a high powered professional, and his crowning achievement is beer cans stacked against the window for all the world to see. Not only does it make the room stink like old beer and vinegar, it also means slightly less to take down to the trash.

Hands up how many of you recognize some of these characteristics of student digs from your own student days? What are others I’ve missed?