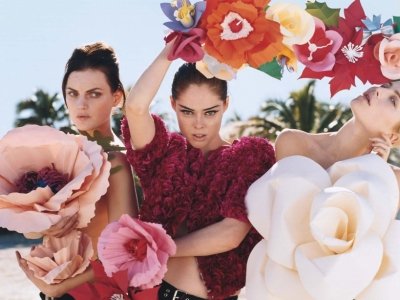 One of the major signs that you're behind the times is that you have no idea what young people are saying. It really seems like they're speaking a different language; their terminology is truly bizarre. Nor do you understand why young people like the things they like. Of course, this never happened before in the history of mankind …

2. You Use the Phrase 'Young People'

Then again, merely using the words 'young' and 'people' together shows that you are now getting older and are well and truly dated. You might as well start looking at retirement homes if you come out with this phrase. You'll shock yourself the first time it happens - and it will happen. That is something you can be absolutely certain of.

3. You Remember How It Used to Be

Ah, the old days. You remember with such fondness how good things used to be. It was so much better, even though we didn't have smart phones and the Internet. People talked to each other and you knew your neighbors. Everyone sees the past with the glow of nostalgia; frankly, it was most probably neither better or worse. People are pretty much the same, whatever the era.

There is nothing that makes you feel quite as ancient as this. Someone mentions a movie, and that they weren't even born when it came out. You then remember seeing it when it first came out. Keep this piece of information to yourself if you do not want to seem quite as elderly as you feel. The good thing about movies is that you could easily have seen them on TV, so you don't need to admit the shameful truth.

5. You Bought Madonna's First Album … when It Was Released

In the same way that it's a shock to realise that you saw a movie when it first came out, music can make you feel just as old. Say you remark that Madonna's been around for decades (which is true), then realise that you bought her first album when it was brand sparkling new. It really would be incredibly helpful if people didn't hang around on the music scene for so long.

6. It Doesn't Seem That Long

You say to people, 'Where has this year gone?' But it's not just this year, is it? Where have the last two decades gone? When you think it just doesn't seem that long since something happened, you know that the times have left you well and truly behind.

7. You Could Have Kids That Age

Perhaps the worst sign that you're behind the times is when you're chatting to someone, find out their age, and realise that you are old enough to have kids that age. It doesn't matter that you don't - the mere theoretical possibility is enough to make you feel your own age.

So by now you may be feeling a little past your best. Never mind. It's a great consolation to know that soon enough the 'young people' will be feeling the advancing years as well! What makes you feel really old?