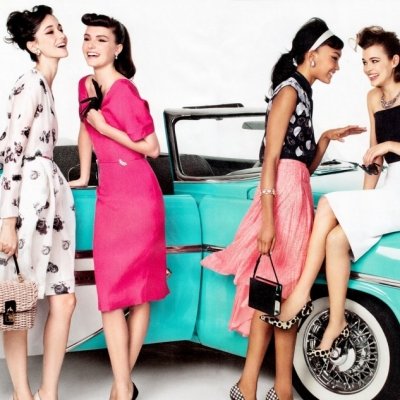 Every time period has something good to offer, which is why there are slang terms from the '50s that should be brought back. The words may sound silly now, but think of all of the odd modern terms we have like 'selfie' and 'twerk.' The only reason those phrases don't sound strange to us is because we're familiar with them. Here are some slang terms from the '50s that you'll find silly, although they're no weirder than some of the things we currently say:

Have you ever walked through a parking lot, only to catch two people making out in a car? Well, that's what backseat bingo is. It's one of the silly slang terms from the '50s that we could still use today if we wanted to. You'll see just as many couples kissing in cars today as you would've seen decades ago. Not everything changes as much as we believe it does.

Instead of saying that your favorite comedy is funny, or even hysterical, you can say that it was a big tickle. The name itself is funny, which enhances the emphasis on how funny the film is. Even though the phrase is rarely used today, everyone will understand what you mean by it. It's not a difficult concept to grasp.

What's the most boring thing out there? Well, there certainly are plenty of answers to that question, but a wet rag is one of the saddest of the sad. If you call someone this slang phrase, then it means that they're unpopular or just not fun to hang out with. They're not someone you'd put on your invitation list for your next rager.

4. Word from the Bird

If someone doesn't believe that you are telling them the truth, assure them that your story is the word from the bird. It means that you're not lying, and that every word you are saying is the whole truth.

You can use this term to describe small things that are a nuisance to you, like children or tiny animals--basically, things that are only big enough and strong enough to bite your ankles, but can't cause you any more harm. It's an insult that we don't hear often, so it's sure to stick out in a conversation.

6. Smog in the Noggin

I bet you can figure out what it means, even without a definition. If you can't remember what happened last night, you can say that there is smog in the noggin, which simply means that you've forgotten. So the next time that your parents ask you what you did with your friends, tell them that there's smog in your noggin.

This term is self-explanatory. The next time you get a haircut, tell your friends you're getting a wig chop. It means the same thing, but the slang version has a ring to it, don't you think?

Hundreds of slang terms have died out, but we're capable of bringing them back. If you love one or all of these phrases, then don't be afraid to use them. People might look at you funny, but once you explain the word's meaning to them, you might start a chain reaction. What's your favorite slang term to use?