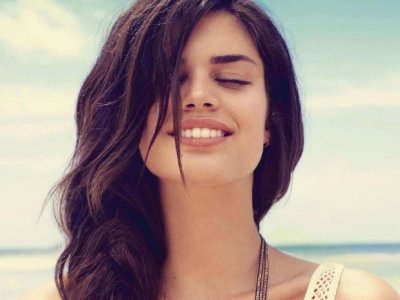 1. Touching or Knocking on Wood

One of the most common symbols and superstitions about luck that comes to mind is the phrase, ‘touch wood’ or ‘knock on wood.’ It's like a verbal talisman, designed to ward off bad luck, after we’ve tempted fate (saying something we wish will occur). The fixation on wood likely comes from old myths about the good spirits in trees; by knocking on something wooden, you’re asking for protection from these spirits. Similar phrases abound in multiple languages, suggesting that the desire not to upset a spiteful universe, is common.

Lucky for some and unlucky for others is what I associate with this date! 2014 sees just one, yet some years have two or three Fridays falling on the 13th day. The fear of Friday the 13th seems relatively new, dating back to the late 1800s. Friday has long been considered an unlucky day (many Christians believe Jesus was crucified on a Friday), and 13 has a long-standing history as an unlucky number, particularly in China. Thus, if anything bad happens to you on this day, the two will always be associated with being unlucky in your mind.

Who doesn’t wish they could locate one of these enigmatic plants? Sometimes, I think I’ve spotted one, only to find it’s an illusion. Four leaf clovers have been a symbol of good luck and fortune for a long time. They have also been used in some traditions for finding a husband or wife. The way it works (for you single people), is by finding a four-leaf clover (good luck with that), if you find one, you must eat it. After eating it, its lucky powers will activate and the first person you come in contact with will be your future husband or wife!

4. Something Old, New, Borrowed and Blue

This popular wedding tradition is said to have originated during the Victorian era and involves giving the bride various gifts. One is something old and represents continuity; another is something new and represents hope and the future; the third is something borrowed and symbolizes borrowed happiness, while the last is something blue which is supposed to bring purity, love, and fidelity to the marriage!

So the story goes that two people used to cross their index fingers when making a wish; a symbol of support from a friend to the person making the wish. The tradition gradually became something people did on their own, and today, just saying, ‘fingers crossed’ is enough to get the message across. Some even talk about crossing their toes!

Who wants to be responsible for knocking a painter off their perch? One theory holds that this superstition comes from a Christian belief in the Holy Trinity: a ladder leaning against a wall forms a triangle, and therefore ‘breaking’ that triangle is considered blasphemous. Another theory is that a fear of walking under ladders resembles medieval gallows. I’m sticking with the practical, safety-first explanation on this one!

7. Wishing upon a Star

This symbol and superstition involves wishing on the first star you see in the sky each evening. Ancient Europeans believed that Gods would occasionally peer down, and when they moved the sky, a star would escape and fall through the sky! The Greeks also believed that stars were falling human souls, and as a result, it was considered lucky to make a wish on them.

Do you believe in luck? With so many signs, symbols and superstitions around the world that are seen as lucky and even unlucky, what are some you associate with luck? Have you paid attention to some of these symbols in your life?