7 Terrible Movies That You Have to Watch ... 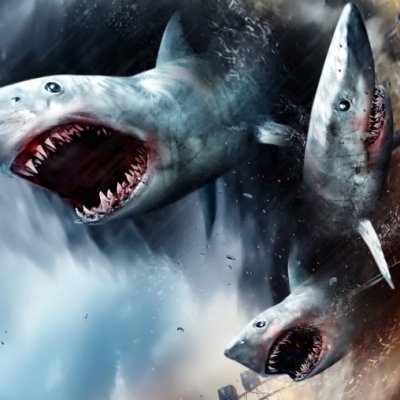 Watching terrible movies can be as much fun as watching the best comedies of the year. Gather a group of your friends together, and get ready to watch films with horrible special effects, ridiculous plots, and poor acting. If you don't think watching terrible movies will make you smile, then at least watch the trailers. Some of the stories are so strange that it's hard to believe that they were actually made into movies.

This film is about a cat that is able to talk to a human once and only once. There are strange digital effects on its mouth to make it look like it's talking, but that's not the best part. The cat's voice sounds like an old man--something you wouldn't expect from a feline friend. By far, this is one of the most hilarious terrible movies that are out there.

If you love cheerleading movies and you love action movies, then you'll love this concept. It's a movie about a group of cheerleaders that behave like ninjas. They're beautiful, but they're talented as well. This movie contains tons of lame jokes, horrible action scenes, and hints at romance. Watch it if you dare.

This is one of the horrible movies that you've probably heard of. It became pretty popular, because it looks absolutely ridiculous. The sharks are flying through the air, and attacking as many people as they can. If you've ever wanted to see sea creatures fall from the sky, then here's a film you'll enjoy.

Godzilla is an awesome creature, with some pretty amazing films. While this one might've been great years ago, it's pretty funny to watch now. Our ability when it comes to special effects have changed so much so that it's odd to watch what we used to consider impressive.

Here's another movie with sea creatures that's absolutely ridiculous. If regular sharks aren't enough to scare you, then a two-headed shark should either get you running or laughing. It starts out with a cliche story about college students that are just trying to have fun out in the water. Of course, their paradise turns into hell once the shark attacks. You've seen stories like this dozens of times before, but never like this.

This movie aims to make you scared of frogs. It looks like a parody of a horror film, but it was made to be serious. It asks the question that everyone wonders: what would happen if frogs took over the world? In the movie, they breed rapidly and terrify the entire human race. If you're able to sit through the whole thing, you'll never look at a frog the same way again.

Throughout the years, werewolves have appeared in countless movies. They've fought vampires, witches, and other creatures, but have they ever faced off against strippers? In this movie, they finally do. Who will win? It's a mystery. You'll have to watch to find out.

If you and your friends are bored, then watching a terrible movie will make you laugh, and feel better about your own accomplishments. It's the perfect way to waste time when you feel like sitting around. What's the worst movie that you've ever seen?