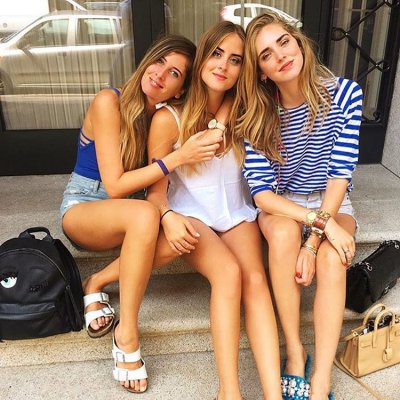 If you don't already know, "Never Have I Ever" is a game where you take turns saying something that you've never done while holding ten fingers in the air. If the other players have actually done the activity that was mentioned, then they need to put one of their fingers down. Whoever stays in the game the longest, or whoever has the most fingers up by the time you get tired of playing, is the winner. If you love the game, but hate thinking up questions for it, here are some of the best questions to ask during a friendly game of "Never Have I Ever:"

This is a great question, because if your friends put their fingers down, it could mean two entirely different things. Either they've spent a night in jail that they never told you about, or they're kinkier in the bedroom than you thought they were.

Whoever puts their finger down for this one should tell the others which stupid pickup line they used in the past. The more embarrassing, the better!

This is something that most girls have done, because most bras aren't as comfortable as they look. Of course, if you don't like this question, then you can use, "Never have I ever slept in a bra" instead.

This is another question that could mean one of two things. Either your friend's parents used to like punishing them with a spanking, or their boyfriend currently likes to punish them with a spanking. Unless they're blunt enough to admit it, you'll never know which one is true.

Games like this are always a great way to find out about your friend's crushes. Of course, if your school is filled with boring teachers that no one would ever like, you can ask your friends if they've ever liked a friend's brother instead.

6. ...Laughed at Something Inappropriate

Pretty much everybody has done this. Even though laughing at something inappropriate can be embarrassing in the moment, it usually makes for a great story in the long run. That's why you should swap stories after this question is asked.

7. ...Listened to Justin Bieber for Fun

There's a difference between listening to a song on the radio and actually looking it up on YouTube when you're bored. Of course, you can replace Justin with whatever celebrity that you and your friends can't stand.

Pretty much everyone with a huge celebrity crush has done this before. If your friend puts their finger down, then the rest of you should guess which poster she decided to kiss. It's a great bonding exercise.

Tweeting a celebrity is much different than tweeting your friends, because we tend to get crazy when trying to interact with our idols. That's why it'll be entertaining to ask your friends to look up the tweets they sent to celebs, so you can all joke about how silly each other sounded.

The next time you get your friends together, you should play a round or two of this game. You're bound to have a blast! What's the best question you could ever ask during "Never Have I Ever?"