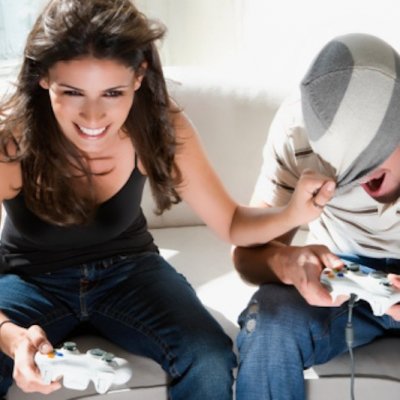 Normally when you play Kiss, Marry, Kill, your friends will think of the hottest celebrities around in order to make your decision difficult. However, it can be much more fun when you have to pick from three celebrities that you wouldn't really want to be around. That's why these are the hardest Kiss, Marry, Kill games you'll ever play:

Which one of these movie stars would you rather spend the rest of your life with? While Travolta was amazing in Grease, he probably won't be able to pronounce your name. Tom Cruise is a great action star, but remember that he's mixed up with Scientology and has jumped around on Oprah's couch. Nicholas Cage might be your best option, even though he's always going to run around on adventures.

These three have dealt with a lot of controversy over the past few years, so they could mean trouble for you. Justin has peed in a bucket, Robin has danced with Miley, and Shia has a habit of putting paper bags over his head. Pick your poison, because dealing with any of them will be a bit of a challenge. Even if they treat you like a princess, the press isn't going to be very nice to you two.

Bushcemi is an amazing actor, but you have to ask yourself if you're willing to wake up next to him every single morning. Trump is super rich, but you can't forget about that toupee he's always wearing. And if you pick Kanye, Kim is probably going to come after you, and you don't want to mess with a Kardashian.

These three are buddies, so they have similar personalities. That's why your decision might have to come down to their looks. While Franco is super hot, he constantly has to change up his look for movie roles (remember what he looked like in Spring Breakers?).

It's time to take your pick from the Smith family. Sorry, Will isn't on the list, because everyone would choose to marry him. After watching him on The Fresh Prince of Bel-Air, how could you help but fall in love with him?

Rebecca Black was the singer of Friday, the song that will haunt your dreams. Kim is loaded with money, but you'd have to deal with being filmed with her twenty-four seven. And Miley is, well, Miley.

This last one is the hardest of all, because it consists of some of the hottest men in Hollywood. Hemsworth has the muscles, Pratt has the humor, and Styles has the voice. Which one is most important to you?

Kiss, Marry, Kill is a great game to play with your friends at your next sleepover. It'll help you get to know each other in a way you never have before. The best part? When you create your own questions, you can use kids that you know from school or work. It'll make everything much more fun and exciting. Which one of these questions was the hardest for you to answer?