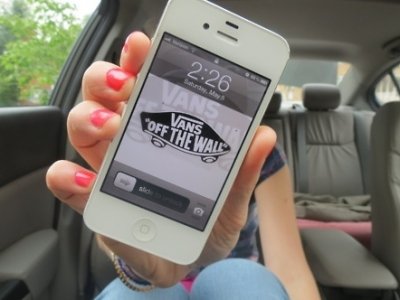 I vaguely remember the things we did before we had smartphones, but with each passing year, and each new iPhone, I have trouble recalling all of them. Soon, I'm almost convinced, our smartphones will be able to apply our makeup for us, wipe our rear ends, and maybe drive our cars for us. Certainly they've become an integral part of our entertainment, especially when we're bored. What did we do without them? See if you remember any of the things we did before we had smartphones, and if you miss doing them the old fashioned way.

1. We Lived without Duckface

Did we take selfies with regular digital cameras? I don't remember that being a thing. I won't say duckfaces didn't exist before smartphones, but they hid in the wild, rarely seen. Taking thoughtful photos that did not have inappropriate things in the background – toilets, sadly deceased relatives, et cetera – was but one of the things we did before we had smartphones, and I kind of miss that.

Or, if you were my parents, you borrowed camcorders from your friends. We didn't actually own a camcorder until digital cameras were becoming popular, but that's not the point. The point is that videos, vines, and vlogs weren't always things. Considering some of the antics that get captured on smartphone cameras, that's maybe for the best.

3. We Googled by Ourselves

Siri makes me lazy. I make her do everything, and she never complains. I tell her to do something and she politely replies, “Sure, Bitch Puddin'.” I make Siri call me Bitch Puddin'. Anyway, before smartphones, we actually Googled things ourselves. Actually, I'm cheating here, because given Siri's inability to understand certain words, we still end up correcting her searches half the time.

Do you remember Nokia phones? Notice, I'm talking about things we did before we had smartphones, not before we had cell phones. You could play “Snake” on your Nokia, and run up your mobile bill, and grievously injure people if you happened to drop your phone on their toes – or if you happened to chuck your phone at their person. We could have used our Nokias forever, because they never broke. Mine's still in a desk drawer somewhere.

5. We Dialed Numbers Ourselves

Smartphones and touch screens make dialing obsolete. You just have to click on a number and bang, your phone dials itself. At most, you'll have to enter a phone number once, and then it's all tap-tap-tap. I don't even remember Heather's phone number anymore, or my parents'. Yay for contact lists!

6. We Made Mix Tapes, Not Playlists

Well, okay, we made mix CDs as well. I made mix tapes, but I'm old. The joys of Spotify, Pandora, and iTunes are untold. I love having not just one playlist neatly kept on my phone, but dozens of them, a playlist for every mood! It beats the hell out of going through 8,000 CDs trying to find “Road Trip Mix #10” or “PMS Mix #666.”

Smartphones are awesome. Straight cell phones are great too. Why? Because when you're trapped in a train car or an elevator or an empty room with someone, you no longer have to make uncomfortable eye contact as you sneak glances while actively trying to look like you're not looking. You just whip out your phone and pretend you're sending a text or taking a call, because you are Very Important and much too busy to waste time pretending like you're not looking at the person who's pretending not to look at you.

Some of these things we did for ourselves just a few years ago, but it seems like the dark ages. Do you realize that someday I'm going to have to describe rotary phones to my children? They're going to look at me like I looked at my grandparents, for goodness' sake, when they described the phonograph or those weird old phones with the separate headpiece and mouthpiece. They're going to think I'm insane! Do you miss any of the things we did before we had smartphones, or do you prefer the convenience?