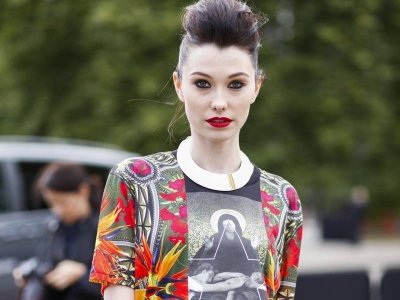 Campus food is disgusting. Tuition is too high. Classes are putting you to sleep. The list of complaints is never-ending. Without a doubt, one of the things you’ll spend time doing is complaining. Yes, it’s great that you’re furthering your education. Sure, it’s fantastic that you got into college at all. But life is just so stressful.

You should be studying, but you’re going to play Mario Kart instead. You need to relax, and video games are the perfect way to do so. If you live with roommates, they have the choice of joining you or yelling at you for yelling at the television. Either way, you’re having fun. All that matters is your own personal happiness.

College kids are broke kids. We don’t want to waste the small amount of money we actually have on something ridiculous like food. So if there’s a flyer for a club, we’ll ignore it, unless it says that food will be involved. If food is going to be there, so are we.

You might fail a class or two, but every college kid could ace a class on ignoring their responsibilities. We might not have time to watch our favorite shows when they air, but with Netflix, we can easily waste our time bingewatching the same shows. Studying is important, but you know what's even more important? Finding out what happens to Piper on Orange is the New Black. That's not something that any professor is going to teach you about, so you have to find out on your own. It's your only choice.

You can’t expect anyone to open their laptops without checking their social media. If a class involves electronics of any kind, students are going to misuse them. Why would you listen to your professor drone on when you could check Twitter instead? There's no reason to pay attention in a class, when you can learn all of the information off of a Wikepedia page. I mean, everything's online nowadays. Why even attend class?

Your crush doesn’t like you, so you shed a few tears. You have five finals in one day, so you weep while studying. In fact, it's going to feel weird when you're NOT crying. You can't really do anything about it. Your best bet is to stop wearing mascara and start carrying around a box of tissues.

College is an awesome experience, but it doesn't only involve studying and partying. There are tons of other things that you'll spend your time doing, whether you like it or not. Do you currently attend college? If so, what else could you add to this list?