7 Things Your Boyfriend Says and What He Actually Means ...

If he tells you that you look fine right before you're about to head to a party, he just wants to leave the house. He's worried that if he makes the wrong comment on your hair, you'll disappear into the bathroom for another hour and end up late for the event. This is one of the things your boyfriend says when he wants to get you moving. He may not have even looked at what you're wearing. He just wants to go.

He'll typically say this while he's doing something that suggests he's not paying attention, like playing video games or staring at his phone. He's not interested enough in listening to look you in the eyes, but he's smart enough to make it seem like he's paying attention so you don't get angry. He's playing it safe. 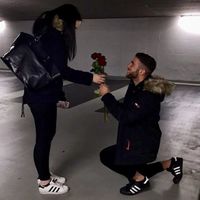 7 Tips on How to Find the Perfect Balance between Your Career and Personal Life ... 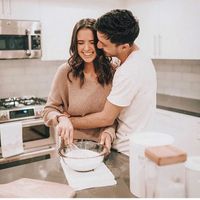 If he does something that you don't understand, he can claim that it's a guy thing and you can't do anything about it. You're not a guy, so how would you know whether or not he's lying? This excuse is his way of telling you that he has no other reasonable explanation for his actions.

When a guy wants you to stop bugging him about the girl he's good friends with, he'll claim that she's like a sister to him. It may or may not be true, but it's a way to make you less jealous. He wants you to think that he considers her to be part of the family, and that he'd never even consider kissing her.

5 Do What You Want

If a guy tells you to do whatever you want, because he's not in charge of you, don't believe him. Chances are there's something very specific that he wants you to do, but he doesn't want it to look like he's pushing you. He wants to have it his way, but doesn't want to get accused of controlling you.

If you get offended by something he says, he'll claim he was joking. He probably wasn't, but he'll act like he was in order to diffuse the situation. He might even turn the situation around on you and ask why you're so serious that you can't take a little joke?

7 Text Me when You're Home

This is a way for him to tell you that he cares about you without having to spell it out for you. He wants to know that you're home safe, because he values your existence. He wouldn't want you hurt, and this is his roundabout way of saying it.

Don't be too annoyed at your boyfriend for saying something other than what he actually means, because you've done the same thing to him. As long as he doesn't make lying a habit, you have nothing to worry about. Has your boyfriend said any of these things to you lately?

money
7 Tips on How to Find the Perfect Balance between Your Career and Personal Life ...
fashion
Fall Outfit Ideas for Every Day of the Work Week ...
parenting
Learning to Deal with the Working Mom Blues ...
fashion
How to dress more feminine for guys
health
10 Super Foods That Help Fight Illness ...

What happens if taking insulin after food ...
Is body jewelry factory legit reddit ...
Is history important ...
Which of the following foods is not a good source of vitamin e? ...
What is the best way to lower glucose levels ...
Whats the best tea ...
What can i use as a fish tank ...
How to compliment a gamer ...
What food lower blood sugar ...
What is white wine vinegar used for ...