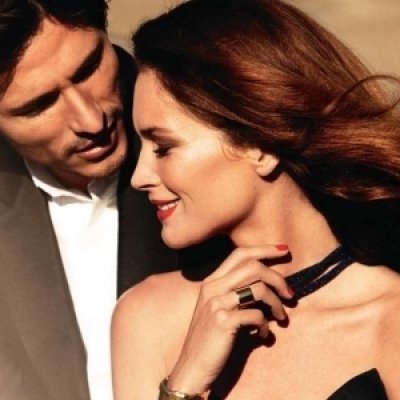 If your boyfriend cheats with his ex, you are going to want to do everything in your power to keep him from going back to her. This can often be quite difficult, because your natural instinct is to dump him and never look back. But do not do this! If your boyfriend cheats with his ex, there are plenty of ways to get him back in your arms after he has gone astray! So if you find yourself in a situation where your boyfriend can't decide between you and his ex, you're going to want to follow these tips to make sure he chooses you.

Note: If your boyfriend cheats with his ex, dump him. Don’t do the following list of things. It will only make things worse.

If your boyfriend cheats with his ex, one of the best things you can do is text him roughly every 10-20 minutes. This will help keep you on his mind instead of her. In these texts you're going to want to ask what he's doing, where he is, when he's going to see you, and remind him how much you love him and want to be with only him. He will see how devoted you are and will quickly forget about his ex.

Note: If you actually text your ex this often trying to keep tabs on him, he will see you as clingy and needy, not devoted.

You weren't FBO (Facebook official) before? You are now! Send him a request to publicly announce that you two are dating, so his ex will see this too. And even if you already were FBO, try deleting your relationship status and re-adding it so it will pop up on everyone's news feeds again that you two are in a relationship.

Note: If you are having trouble in your relationship, don’t involve Facebook. It will only complicate your issues.

3. Make Sure He is Aware of How Much He Hurt You

Besides telling your boyfriend that he is the love of your life, you are going to also want to make sure he is aware that, despite this, he really hurt you. This is important because you want to make him feel guilty enough so that he never does it again. Try crying in front of him in public places. This should make him feel bad enough that he'll never cheat on you again.

Note: Guilt never breeds passion. Making your boyfriend feel guilty by crying will only push him away further.

4. Make Sure Everyone else is Aware Too

It's not enough to make sure your boyfriend is aware of how much he hurt you; you're going to want to make sure all of your friends and his friends know too. Posting Facebook statuses about how upset you are over your boyfriend cheating on you will bring on a lot of sympathy from friends, acquaintances, and even those random people you are Facebook friends with. This can help a lot in your grieving process.

Note: The whole world doesn’t need to know about your problems! Try confiding in a few close friends, not your entire social media list.

Your boyfriend's friends can be a great source of information when your boyfriend forgets to check your texts. Unlike in girl-world, where we put chicks before... umm... boys, guys have no such rule. They will never try to cover for your boyfriend when he is out with another girl.

Note: Guys put bros before girls. Unless you are equally good friends with his friends, they are likely going to cover for him if he is doing things behind your back. Their loyalty is to him, not you.

Calling your boyfriend's ex periodically will keep you updated on whether or not they have seen each other. Since his ex is clearly going to be on your side, she will not hesitate to tell you if they have hooked up since you last caught him.

Note: If your boyfriend’s ex hooked up with him while he was with you, she most likely still has feelings for him. Contacting her will only make things worse.

If none of the other tips have helped, you may need to resort to labeling. Sometimes guys forget who their current girlfriend is. So making him a nice label that says "Lisa's" will help him remember that it's you he's with now, and not his ex. If he has a hard time remembering to put his label on, you can suggest he tattoo it, preferably on his forehead.

Note: This one is fairly harmless. Use with discretion.

Has your boyfriend ever cheated on you with his ex? After you got him back, did you live happily ever after?