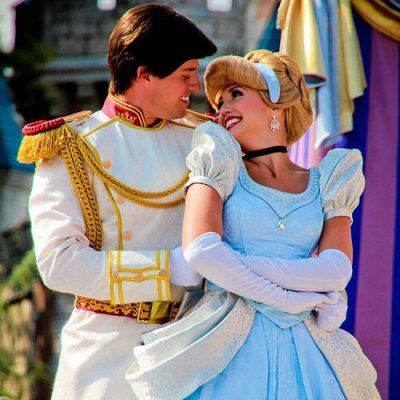 Chivalry isn't dead--it's just changed over the years. Women aren't expected to behave the same way now as they were expected to in the past, and men shouldn't either. The world is changing, which means the look of an ideal man is changing. You don't want to be stuck in the past, which is why you should know what a modern day Prince Charming looks like:

Technology is a huge part of any relationship nowadays. That means that whomever you date should be willing to share his Netflix password with you and let you pick what movie to binge on your stay-at-home dates. He should also trust you enough to tell you the passcode for his phone. There's no need to keep secrets.

2. He's Sweet to His Whole Family

A modern day gentleman will treat his loved ones as sweetly as he treats you. Pay attention to the way he addresses his mother, the way he chats with his father, and the way he cares for his pet puppy. If he's still a gentleman around them, even after a lifetime of knowing them, then there's hope that he won't stop treating you so wonderfully after a few years of dating.

3. He'll Hold Open Doors for You

A modern day Prince Charming isn't completely different from a traditional Prince Charming. He'll still hold open doors for you, walk you to your doorstep, and give you his jacket when you're cold. There are some things that never stop being romantic, and he knows exactly when to do them.

4. He's Honest with You about Everything

A modern Prince Charming believes that women are just as valuable as men are. He never tears you down or acts like you're inferior to him. In fact, he actually listens when you speak and respects you and your opinions. He would never call you names or say something scarring, even in the heat of the moment. He respects you too much for that.

A real man won't be afraid to cry in front of you and cook you dinner. He won't make you stick to traditional gender roles, because he knows that your sex doesn't define you. If you want to work instead of stay home with the kids, he'll support you. Of course, if you want to be a housewife, he'll support that, too.

A good guy doesn't only respect you--he also respects himself. He knows that he's worthy of love and won't accept being treated like dirt. It's important to find someone who knows that they deserve the best, because then they'll treat you like you deserve the best, too.

Don't settle for a frog when you could have a prince. Wait until you find a real gentleman before you settle down. What other qualities do you think a modern day Prince Charming would have?