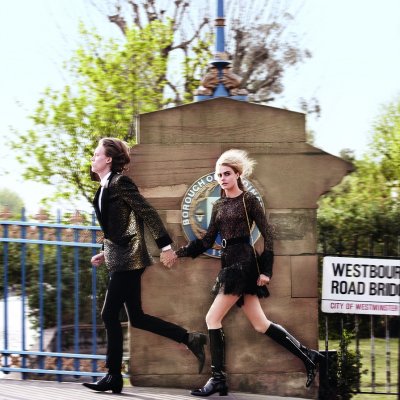 You've finally scored a date with your crush, but don't get too excited just yet. You still need to plan out the perfect place to go, because you don't want the location to ruin the romance. Here are some of the absolute worst first date ideas that you should avoid at all costs:

First of all, movie theater dates are overrated. They force you to keep quiet for two hours, which means that your date won't get to hear about your frenemy at the office or how excited you are for the next Avengers film. However, if you feel the need to go to a movie, make sure it isn't X-rated. It's as bad as going to a strip club, because it allows your date to ogle other women instead of you. That's not what you want, because the focus should be all on you.

A hike sounds like fun, but only agree to it if you're both active. If you spend most of your days lounging on the couch, you're going to be sweating through your shirt after five minutes of walking. You don't want your date to see you panting and stumbling, do you? Play it safe by doing something that doesn't involve much physical effort. You'll burn enough calories through kissing later, anyway.

If your date loves dancing, turn on the radio at your house and have a romantic evening together. It's a much better idea than heading to the club. The music will be so loud that you won't be able to hear each other. It takes away the opportunity for sparkling conversation. Plus, the DJ is going to keep playing the same Iggy Azalea songs over and over until it forces you to leave.

No matter how much you love ribs, save them to eat with your buddies. You don't want to eat saucy, greasy foods with your date, because you're bound to make a mess. You don't want the outfit you spend three hours choosing to get stained, do you? Stick to restaurants with safe foods and lots of napkins.

Feel free to head to the mall if you're using it as an opportunity to walk and talk. However, you should avoid it if one of you actually needs to buy something. Don't go in there with a list. It'll make your evening feel like more of a chore than a date. You don't want to keep him waiting outside of the dressing room while you try on fifty different outfits.

Avoid using guns on a first date. You don't want to scare the other person off. Sure, it'll let them know that you're not one to be messed with, but it'll also make them wish they were somewhere else--and they will be by the next day, because you won't be landing a second date.

Show at least a little effort. If you really like your crush, you'll be able to think of something a bit more romantic than sharing french fries at McDonalds. Go to Arbys, at least.

First impressions are important, which is why you don't want to spend your first date doing something unbearable. You need to show your crush just how much fun you are, but you need the right location to get the job done. Where is the worst place you've ever gone for a date?