10 Worst Ways to Resolve a Fight with Your Girlfriend ... 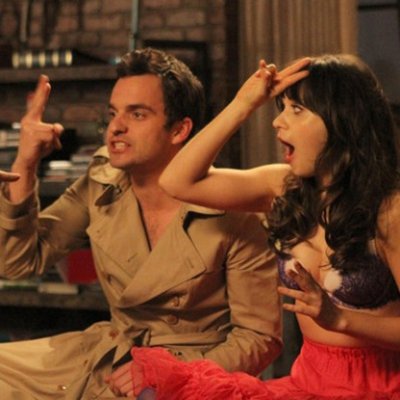 (this topic was suggested by Ryan M Shea via our Facebook page)
It's bound to happen sooner or later in any relationship: a fight. Whether it's a minor disagreement (she roots for the Blackhawks?) or a major fight, there are some very good ways to resolve it, and one the flip side, some terrible ways to make it worse. Let's have a look at some of the fails, the things you can say or do that will wreck any chance you have at not sleeping on the couch for the next few days. Please note: this is NOT to be taken seriously, though these things are all somewhat true - and no offense is meant. That's why this article's in the Funny section, not the Love section.

There are many iterations of this statement, all of which are guaranteed to breathe new life into a fight that might have been winding down. Examples include: Aren't you being a little over-dramatic? I don't understand why you're making such a big deal out of this.

2 Ask Her if She's on Her Period

I can't begin to describe the nasty looks and filthy curse words she'll fling at you if you suggest the entire fight's been caused by nothing more than her PMS. Even if it's true, it's just not wise to mention it as a possibility.

... unless you're also handing her Ben & Jerry's, those cute black sandals she's been eyeing for weeks, or both. An insincere apology (with or without an eye roll) is worst in most cases than no apology at all.

4 Put Your Hands on Her

There is almost no time it's ever okay to lay your hands on a woman, period. I don't care what rotten thing she said about your puppy/mother/penis, let's keep it gentlemanly and avoid jail time. There's so much more I could say about this, but that's an entirely separate article, one not for the Funny section.

If you're fighting because you've done something wrong - say, slept with her sister or suggested her butt DOES look big in those pants - then definitely don't try to turn it around on her and make it her fault. In fact, do the opposite: accept responsibility for your actions and try to move forward from there, though I don't know how your relationship can ever recover from that butt statement.

This is usually a specialty of women, but men can be quite good at it, too, the dredging up of fights of yesteryear. Resist the urge to bring up that one time she was wrong about this exact same issue, unless it's completely relevant, in which case, say it as gently and non-smugly as possible.

7 Refuse to Talk about It at All

I'm not suggesting that it's not okay to walk away from the heat of an argument. But at some point, you're probably going to have to address whatever caused the friction in the first place, especially if you live in the same house.

8 Bring Someone else into It

Do not, I repeat, do NOT bring a fictional character into the fight to give their opinion. It doesn't matter what Spock or Sensa or Dr. Sheldon Cooper would do.

Do not ever, ever utter these things unless they're true, and you really do want a divorce or to break up. Once these words have been spoken, you can't get them back.

I don't know. This might work, depending on the fight, but trying to resolve a fight with sweets is both potentially dangerous and brilliant. Keep this in the "maybe" pile, then.

What other fight non-resolvers would you add to this list?