9 Clever Jokes about Men That Will Make You Proud to Be a Woman ...

1 What Makes a Man Have a Dinner by Candlelight?

"A power failure." Some men can be romantic, but most of them aren't exactly Romeos. This is one of the clever jokes about men that anyone with an unromantic boyfriend will enjoy. Maybe if you tell it to him, he'll get the hint, and whip up a fancy dinner complete with flowers, dessert, and of course candlelight

2 Why do Women Make Better Soldiers than Men?

"Because they can bleed for a week and not die." We deserve to get some credit for dealing with our periods every single month. While some guys live their entire lives without seeing blood, we're so used to the sight that it barely phases us. 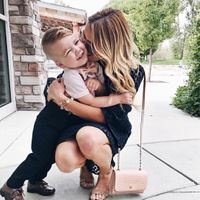 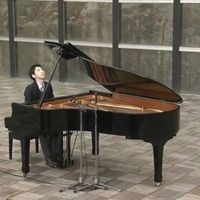 Put Your Mind at Ease with Some Soothing Piano Ballads from Yiruma ...

3 A Man Asked, “God, Why Did You Make Woman so Beautiful?” God Responded, ”so You Would Love Her.”

"Then the man asked, 'But God, why did you make her so dumb?' God replied, 'So she would love you.'” This joke makes fun of both men and women, so it creates a level playing field. Hey, you've got to be able to laugh at yourself, right?

4 For All the Guys Who Think a Woman's Place is in the Kitchen...

"...remember that's where the knives are kept." If someone expects you to make them a sandwich, they shouldn't be surprised if you return with a blade instead of a delicious treat.

5 What's the Most Common Sleeping Position for a Man?

"Around." If you've ever been with a cheater, then you know how true this statement is for some men. They just hate staying in one place.

6 How Many Men Does It Take to Screw in a Light Bulb?

"One. He just holds it up there and waits for the world to revolve around him." People assume that men have huge egos, and sometimes they do. If you know a guy like that, then toss this joke at him and see his response.

7 What do Men and Mascara Have in Common?

"They both run at the first sign of emotion." Have you ever dated a guy that acted more like a robot than a human? There are some people who just can't handle a few tears or those three little words.

8 Why Are All Dumb Blonde Jokes One Liners?

"So men can understand them." Aren't you sick of all of the dumb blonde jokes you've been hearing? Well, it's time to fire back.

9 What's the Difference between a Man and E.T.?

"E.T. phones home." Sometimes, an alien can be better at communicating than your hubby. It's like he doesn't know how to dial.

As you know, not all men are the same, which is why these jokes are far from the truth. You might be lucky and have a man that's romantic, sensitive, and reliable. But even if you do, you can still appreciate the cleverness of these jokes. What's your favorite joke of all time?

parenting
7 Magical Parenting Hacks for an Easier Life ...
beauty
7 Cheap Beauty Products to Buy when Youre Broke but Want to Look Great Fast ...
funny
What does it mean when a guy says do whatever you want
travel
Why You Should Travel by Yourself at Least Once in Your 20s ...
music
Put Your Mind at Ease with Some Soothing Piano Ballads from Yiruma ...

What to do with plums ...
How to make him want to spend time with you ...
How much flaxseed per day to lose weight ...
Why we need vitamin c ...
How to ask your bf for sex ...
Is nonfat yogurt good for you ...
What is good food to eat when sick ...
How to let someone know you don't want to be friends ...
Whats pickle juice good for ...
How to create curiosity in a man ...