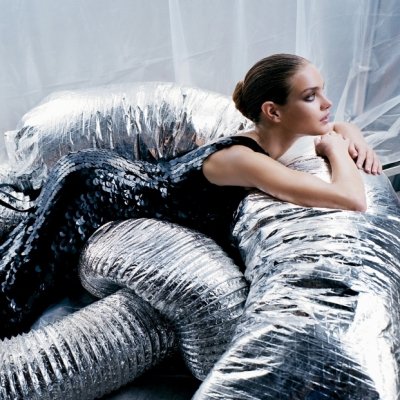 My first moment of hilarity comes with the first of the commonly misused words and expressions, “Death Whelmed Over.” In the south, you'll hear someone prose the question, “How are you feeling today?” to which a common response is, “I feel like death whelmed over.” Luckily, I discovered that the correct response is “Death warmed up,” and surprise, it all made perfect sense.

I always wondered when I was little, “Who's Chester and why are we using his drawers to store our clothing?” To my relief, the expression is, of course, “chest of drawers.” I was relieved mostly because I was a little frightened that Chester may make a visit to my bedroom and decide he wanted his drawers back.

3. “for All Intensive Purposes”

This is another word that has always been comical. Upon hearing it, it would always strike me as odd. Imagine my surprise when I discovered that it was improper English. Now, I do rag anyone who says it, especially my ex-husband.

The word 'specific' is, as I have learned, a little difficult for some to pronounce. I'd heard my father say 'pacific' so many times growing up, there was always the assumption that it was correct. As sad as it may sound, it was a real eye-opener when the word 'specific' became a spelling word for my class in elementary school. Being somewhat sarcastic, today I correct anyone who says “Pacific” by informing them that it's actually the Atlantic, not the Pacific that our state is within close proximity to. The puzzled looks on their faces are hilarious.

“Beck and call” has been misused in more than one way in the south. From “beckon call” to “bacon call,” the variations of the expression are nothing short of hilarious. Yes, I have asked what bacon has to do with anything. Believe me, even I came up with some 'knee-slappers' myself.

In the south, there are several different names for Alzheimer's disease. They range from Old Timer's disease to Old Folk's disease. While, yes, it affects seniors, it always seemed rude to me to label it as such. But still, it's still funny to hear someone besides myself misuse the expression.

Misused expressions and words are often funny. They make some of us go into grammar Nazi mode, but still we find the humor within the frustration. What are some misused words and expressions you hear frequently in your area?