9 Funniest Movie Mistakes You Didnt Pick up on ... 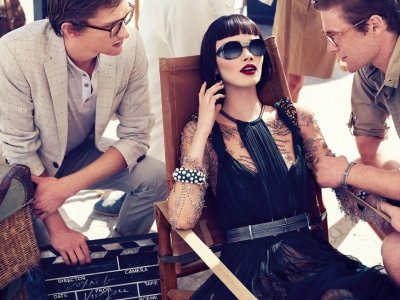 Once you’ve been told about movie mistakes, you simple cannot un-see them. The ones included in this list may be small, but once you notice them, they’re pretty funny! Whether these movie mistakes were made through lack of attention to detail, cast blunders or simply genuine errors, no movie is complete without a few things that make you think “was that supposed to happen?”

In the 1977 cult classic movie, Star Wars, you’ll notice that as they break into the control room, one of the stormtroopers bangs his head on the door frame. This was completely by accident and wasn’t picked up on until the movie went to DVD, when the editors added a comical thump. Thank goodness that sometimes movie mistakes can be covered up easily!

Pretty Woman is one of my favourite movies ever, but I had never picked up on this mistake! When Vivian is in the hotel room for the first time, she gets room service. As she eats her croissant, the camera cuts to Edward, then when it cuts back to Vivian her croissant has turned into a half-eaten pancake. Next time we see her, the pancake is whole again.

Source Code, the 2011 sci-fi thriller starring Hollywood hunk Jake Gyllenhaal, has one mistake that all comes down to editing error. In the scene that replays over and over, you see a Canada goose taking flight over a lake. Instead, however, the editor had dubbed in the call of a mallard duck. Whoops - wrong bird!

While this movie is often regarded as a mistake in itself, there is one error that really stands out. During a fight scene, The character played by Drew Barrymore calls out to Lucy Liu’s character. However, instead of calling her ‘Alex’, Lucy’s character’s name in the movie, Drew yells out “Lucy!” This, to me, seems like a pretty obvious mistake, I can’t believe no one noticed!

While Arnold Schwartzenegger performs his badass pursuit of the bad guy in his movie Commando, his trusty yellow Porsche gets smashed to pieces in the process. Apparently, though, that’s no matter for him - in the next scene, Arnold gets back into the car, which is suddenly as good as new. Never underestimate the power of Arnie!

Most of the mistakes hidden in the famous movie Titanic are historically inaccurate - for example, Rose’s talk of Sigmund Freud’s new study, which actually wasn’t released until eight years after the movie was set. These little errors happen often throughout the movie, and can be picked up on if you know what you’re looking for.

7 Pirates of the Carribean

As Jack Sparrow utters the line “on deck, you scabrous dogs”, you can see over his shoulder a crew member wearing a t-shirt, cowboy hat and sunglasses. What interesting attire for a group of pirates!

As the characters of the famous dinosaur movie, Jurassic Park, watch what is meant to me a live stream of what is happening outside, you can clearly see a progress bar moving along the bottom of the video. This shows that what is playing isn’t live at all - it’s just a pre-recorded video.

9 The Wizard of Oz

It seems as though Dorothy forgot her ruby red slippers! In the scene where she is walking with Scarecrow and he says to her “I’ll show you how to get apples”, you can clearly see the famous red slippers. However in the next scene, when Scarecrow has fallen to the ground, Dorothy is wearing black sandals instead.

Finding out these movie bloopers was great fun, and it’s such a good excuse to go back and pay close attention to great movies. Did you pick up on any of these mistakes? Do you have any others to share?