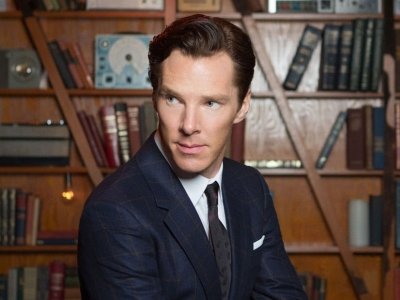 There are dozens of videos of Benedict Cumberbatch, the cutie that has starred in Sherlock, Star Trek Into Darkness, The Hobbit, and countless other films. You've seen how talented he can be on screen, but have you ever watched his adorableness during interviews? Here are some funny videos of Benedict Cumberbatch that will make you love him even more--if that's possible.

While on the set of Star Trek Into Darkness, Benedict is tricked into applying cream to protect him from neurons. He fell for it, and the results are hilarious. When he figures out that it’s all a trick, he has the cutest reaction ever. Even the cleverest individuals are able to be fooled. This is one of the funniest videos of Benedict Cumberbatch out there.

Benedict plays a super intelligent consulting detective on his hit show, Sherlock, but is he that smart in real life? In this video, his knowledge is tested in a series of activities. If you have ever wondered how similar actors really are to their characters, then you'll love this little test.

3 Opinion on His Looks

Benedict doesn’t mind joking around about his looks. He admits that he finds it funny that he’s been called hot, even though he’s been seen as odd-looking earlier in life. He compares himself to an otter, and shows the world how humble he is.

This video is a tad inappropriate, because it talks about the anatomy of dragons. It’s quite funny, since Benedict and the female interviewer keep a straight face while discussing a topic so silly.

This video consists of a few different members of the cast discussing how to pronounce the dragon's name. Although many people say Smaug the way it's spelled, the cast explains the correct way to pronounce the character's name.

Any time someone appears on Jimmy Fallon, it's going to be entertaining. Benedict gets along well with Jimmy, even though they compete in a little contest. They both do awesome Alan Rickman impressions, so they put their skills to the test. It's hard to be better than Ben at anything, but Jimmy's a talented guy.

Are you ready for more impressions? In addition to more Rickman, watch Benedict talk like one of the doctors from Doctor Who, and the interviewer himself.

If you've ever listened to R. Kelly, you know how saucy the lyrics can be. In this video, Benedict reads them out with a straight face, causing the women in the audience to scream. It's hard not to find him attractive, especially when he's saying such provocative things.

Here's a collection of Benedict's funniest moments. It contains clips of him on Conan, talking to fans, being as adorable as always. If you don't think that he's capable of being silly, then this video will prove you wrong. It contains all of the best pieces from various interviews and talk shows. Watch it, and enjoy!

Benedict is a lovable guy who knows how to make others smile. If you've never seen him act, then head to Netflix to see him in action. If you're already a fan, what is your favorite movie or show that Benedict has been in?