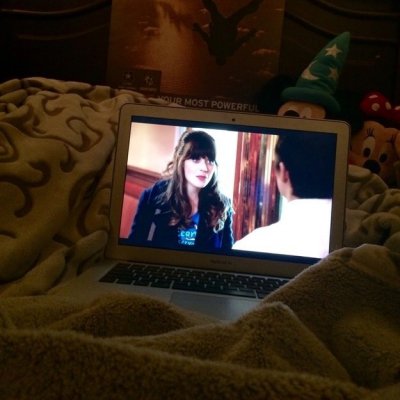 Forget pining about being single. There's more to life than a boyfriend. Who needs a boyfriend when there's Netflix?

1. Never Blows You off

You’ll never get a last minute text from Netflix to cancel the plans that you’d made; Netflix will always be at home waiting for you!

You won’t get any mixed signals or mixed messages from Netflix, it will always be there for you, showing you everything it has to offer without emotional games!

Netflix will never judge you for how you look or the choices that you make. You want to watch thirteen straight hours of House Of Cards? You go for it!

Netflix doesn’t show you the cold shoulder if you don’t visit it for a few weeks. It understands that there are other things you need to do in life and never complains about your absence!

You won’t find any arguments happening between you and Netflix. It always agrees 100% with your decisions and is more than happy to help in grabbing you the newest episode of that terrible sitcom!

6. Your Decision is Final

Do you always end up arguing about what to watch and to which food to get with your boyfriend? Netflix would never be so bold as to question your decisions, you are boss!

7. No Risk of Drunk Texting/Calling

The worst thing that can happen with drunk you and Netflix is that a soppy rom-com ends up playing on the screen, not so bad!

8. No Cooking and Cleaning

Netflix will continue to fill you with all the fun and love of a loyal boyfriend, without you having to cook or clean in return!

With Netflix, the only walk of shame you’ll be doing is the crawl to bed after binge watching five seasons of a show in two days!

Netflix will never ask you to go and meet his family and you will never have to pretend to like a weird cousin or an overly friendly uncle!

The great thing about Netflix is that it never expects anything in return for being at your side 24/7; it’s always there, a silent soldier!

You’ll never have to wake up at 2am with a booty call or text from Netflix. It lets you sleep when you want and waits for the word from for your next embrace!

When you and Netflix spend some quality time together, you don’t have to worry about waking up freezing because somebody has stolen the duvet!

14. Knows How to Make You Laugh

I mean, have you seen those what to watch recommendations? Netflix knows what you want and knows how to make you laugh more than a boyfriend ever could!

Netflix will never nag you. In fact, that closest thing to an argument you will ever have is when it sends a message to the screen to ask if you are still watching!

Netflix will always obey whatever command you give it without back chat or negotiation of a compromise.

18. All Your Friends Love It

Finding a boyfriend that all your friends love can be tricky, but that problem doesn’t exist with Netflix. It's everybody’s favorite companion!

Just like your friends, you will always get family approval of Netflix, so much so that they’ll probably be after your password!

Netflix will always go on holiday with you when you want it to. It’s so happy to travel than it will even come along in your pocket on your smartphone!

Sure, a boyfriend could give you a nice foot massage, but can he give you access to thousands of hour’s worth of relaxing entertainment at the touch of a button?

Can’t sleep? Fear not, Netflix will stay up with you for as long as it takes for you to get tired.

Netflix doesn’t get jealous if you step out with other platforms like a boyfriend would if you were seeing other men. Netflix, Hulu, whoever!

Netflix loves nothing more than seeing you in your comfy sweats because that means one thing: binge time!

Netflix is so considerate and knows how much you hate commercials, so he did the right thing and got rid of them for your viewing enjoyment!

But is this the real truth?