Alcohol isn't something to be afraid of. If you're old enough to drink legally, and smart enough to drink responsibly, then you might as well make a game out of it. The next time you're watching television with your buddies, try playing one of these funny drinking games with them:

While you watch the hunger games, you can play a game of your own. Of course, yours is a little safer.

Sam and Dean are always drinking, so why not join them? It'll make you feel like you're a hunter, too. 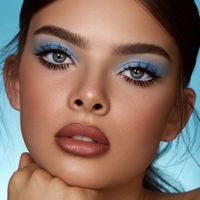 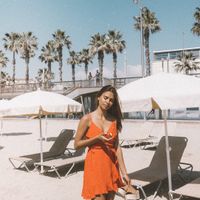 3 Lord of the Rings Drinking Game

Here's an excuse to watch your favorite movie again.

If you want to watch an older TV show, you'll get a kick out of Grey's Anatomy. It was one of the best shows around a few years back.

Instead of watching TV, you can play a drinking game while surfing the web. After all, you spend most of your nights on Pinterest anyway, don't you?

Ruin your childhood by adding beer to your favorite cartoon. Don't worry, Pikachu won't be disappointed in you.

Sometimes, you need a drink to deal with what you'll see on this show.

The zombie apocalypse is nothing a little alcohol couldn't fix.

Have you seen The Up All Night Tour DVD yet? If not, make sure you buy it so you can play this funny little drinking game.

It doesn't matter what year it is, because this is always relevant. Well, most of it, anyway.

When award season arrives, you'll have a fun time watching all of your favorite celebs on the red carpet. They're probably tipsy, so you might as well follow their lead.

You probably haven't seen this show in a while, so it'll be a blast watching the episodes you used to enjoy so much.

Christmas is coming up, which means you should be watching this holiday movie with your friends. It'll get you in the spirit.

They drink on the show, so you might as well drink along with them.

If you haven't seen this show before, it's something you need to find as soon as possible. You won't regret your time spent watching it.

Everybody loves Dexter. You don't need an excuse to watch this show, but now you have one anyway.

It's frustrating to get a few answers in a row wrong on Jeopardy, but the alcohol will help calm you down. If you're extra lucky, it might even help you answer the questions correctly.

As long as you never drink and drive, or drink before you hit the legal age, there's nothing wrong with sitting back and enjoying a few alcoholic beverages. When you do, make sure you try playing a few of these games. What's your favorite drinking game of all time?

How long does it take to see results from maca root pills ...
How many calories in 7 cashew nuts ...
Is coconut oil heart healthy ...
What is raw foods ...
He still hasn't asked me to be his girlfriend ...
How to respond to is it that time of the month ...
What foods have antioxidents ...
How to prevent eyes watering when cutting onions ...
Why we eat and drink ...
We are looking forward to a good winter this year ...