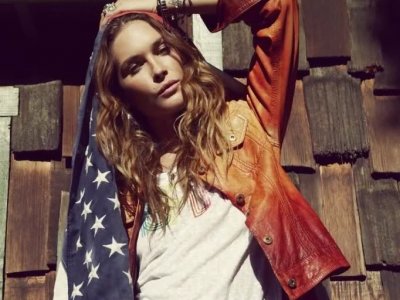 You can spend hours laughing at America's strangest laws.You have to sit back and wonder how these laws came into effect. It is actually quite possible that you have broken several laws in your state that you never even knew about. The good news is that half of these aren’t even enforced because police have better things to do with their time. So let’s sit back and laugh at some of America’s strangest laws.

1. In Alabama, It is Illegal to Play Dominoes on a Sunday

One of America’s strangest laws is that you cannot play dominoes on Sundays. According to Alabama Criminal Code (Section 13A-12-1), it is illegal to race, hunt or play cards or dominoes on a Sunday. A person can be charged anywhere from $10 to $100, jailed, or forced to do hard labor for no more than three months. This law was enforced so people were forced to stay in on Sundays and spend time with their family.

2. In Alaska, No Child is Allowed to Build a Snowman Taller than Himself/herself on School Property

This law was made because the Alaskan Government wanted to destroy all wintertime happiness in children. I’m totally kidding. They actually have such bad weather there that when it snows, it can be hard to tell if the snowmen are actually real children covered in snow or not.

3. In California, It is Illegal to Eat an Orange in Your Bathtub

This has to be the most bizarre law I read from California. It was made around 1920, when people believed that the citric acid in the orange would mix with the natural bath oils and would create a highly explosive mixture. The good news is, that is not true, so you can eat as many oranges as you want during your bubble bath.

4. In Colorado, It's against the Law to Loan Your Next Door Neighbor Your Vacuum

Now, I’m not sure if you can lend your vacuum to someone two doors down from you, but you definitely can’t lend it to the house next door. This law was created because someone lent their neighbor their vacuum, which had roaches in it. Next thing they knew their house also had roaches crawling everywhere.

5. In Florida, It's against the Law to Dream about Another Man's Wife or Cow

I could not find anything as to why this law was created, but it definitely is a law. I’m not really sure how you prove how a person dreamt anything, especially about a wife or a cow, but just know that if you’re in Florida, you can get arrested for it.

6. In Georgia, It's Illegal to Tie a Giraffe to a Telephone Pole

7. In Massachusetts, Mourners at a Wake Can't Eat More than 3 Sandwiches

I get it Massachusetts, you are trying to get people to stop emotionally eating at funerals. Maybe there is a shortage of caterers for funerals so they had to limit it to three sandwiches to a person. This law is still in effect today.

As Americans, we are amazing, unique people. With that, we also can be a little insane. We have to remember that all of these laws were made because some crazy Americans pulled some interesting stunts over the years. There are many other strange laws out there, but I tried to pick the strangest ones. What are some strange American laws that you know about?