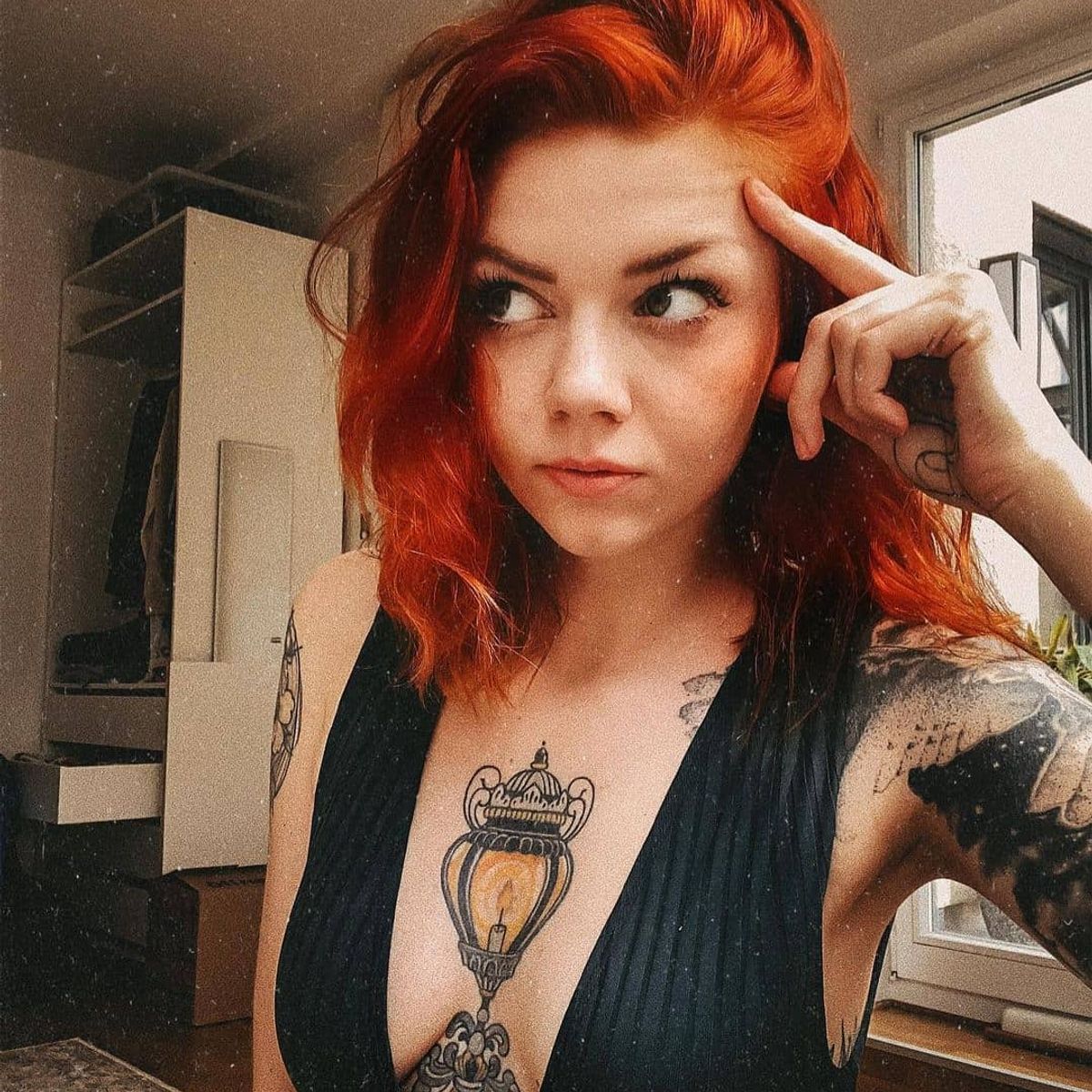 It's sad to say but there are so many cringeworthy tattoo fails out there! Misspelled words, bad artwork, or some people just choose really off the wall stuff to ink on themselves. If you're thinking about getting some ink, make sure you go to a reputable source and scroll through these silly tattoo photos for examples of what not to get!

Source: 31 Tattoo Artists Who Should
I don't even know where to start.

Source: 47 Cringeworthy Tattoos Being Regretted
He's got the inside of his thumbs tatted too.

Source: 35 People That Will Make
Worst attempt at covering up a tattoo ever.

Source: 47 Cringeworthy Tattoos Being Regretted
Or should that be instant regerts?

Source: 12 Worst Tattoos of 2011
I'm really having a hard time figuring this one out. Is that a pile of poop and flies or a hive and bees?

Source: The 29 Most Ridiculous Spelling
Apparently the tattoo artist was way too cool for school.

Source: thewondrous.com
This is just in bad taste.

Source: 11 Funniest Tattoo Fails. LOL
Never ever don't give up!

Source: Worst Tattoo Fails Ever! The
Yikes, the tattoo is so bad it's sad.

Source: worldwideinterweb.com
Too bad there wasn't a spell check feature.

Source: 31 Tattoos That Will Make
It's is MY life!

Source: 12 of the Best and
Another portrait fail.

Source: The Worst Tattoo Spelling Fails
To or too?

15. Is That Marilyn Monroe?

Source: 31 Tattoo Artists Who Should
And where is her belly button?

Source: 20 Portrait Tattoos That Went
Is she supposed to look like an evil cartoon character?

Source: 19 Leute, die sich bestimmt
Keep this in mind during your next workout.

Source: The 34 Most Inexplicable And
Why?

Source: 31 Tattoo Artists Who Should
Just a little bit terrifying.

Source: 58 People That Got The
Guilty as charged.

Source: 47 Cringeworthy Tattoos Being Regretted
Too bad the tattoo doesn't get better.

Source: 58 People That Got The
Just no.

Would you ever get any of these tattoos? Let us know what you think of them in the comments!