The 17 Funniest Cards against Humanity Photos ... 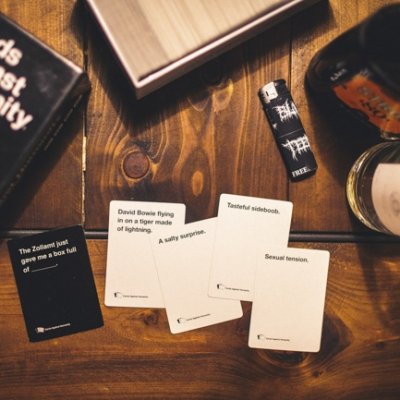 You've heard of Cards Against Humanity. It's a raunchy game where you're meant to place down a white card that fits well with a black card. Of course, if you're easily offended, it's something you should stay far away from. But if you can handle the heat, here are a few of the best Cards Against Humanity photos out there: 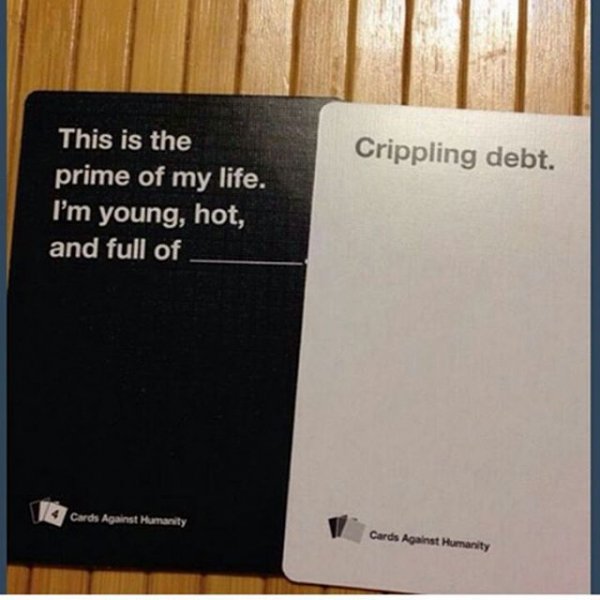 If you're in college, then you know all about debt. It's impossible to get an education without owing more money than you could possibly earn. 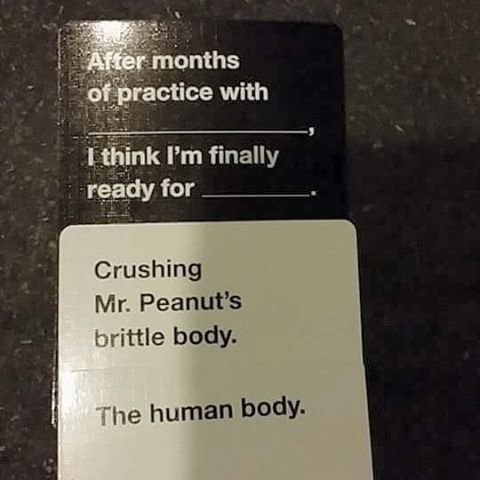 If you're going to crush a human body, you might as well practice on something a little smaller. Peanuts are the perfect thing to use! 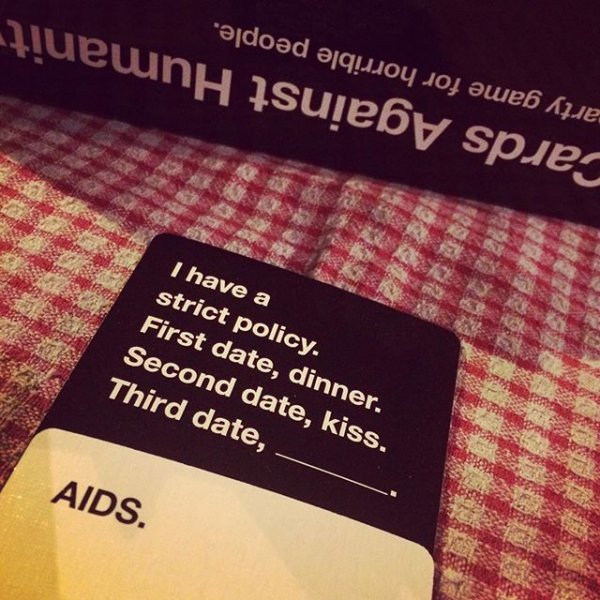 Everyone says that the third date is the perfect time to have sex. Of course, if you don't wear a condom or have your partner tested, you could end up with AIDs by that third date. 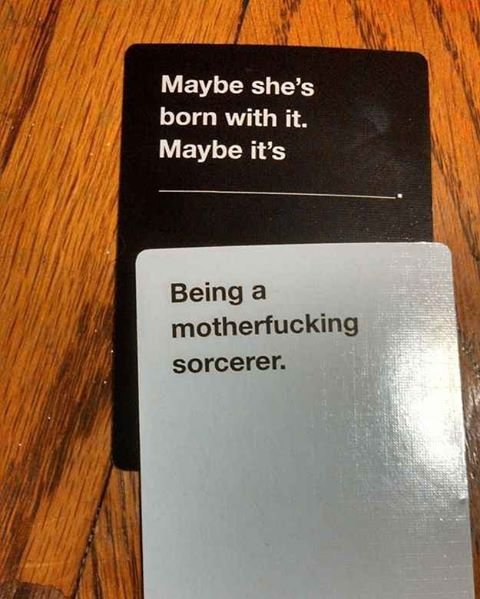 Some women look so beautiful that there's no way they're human. The only explanation is that they're some sort of sorcerer who is able to use magic to make themselves look flawless. 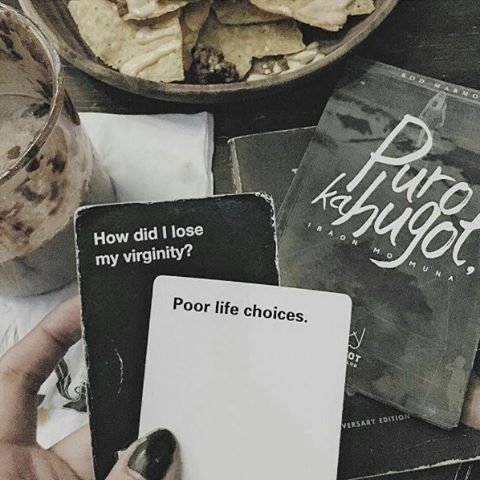 You don't want to make a mistake when it comes to sex. Unfortunately, a lot of people do, especially when it's their very first time. 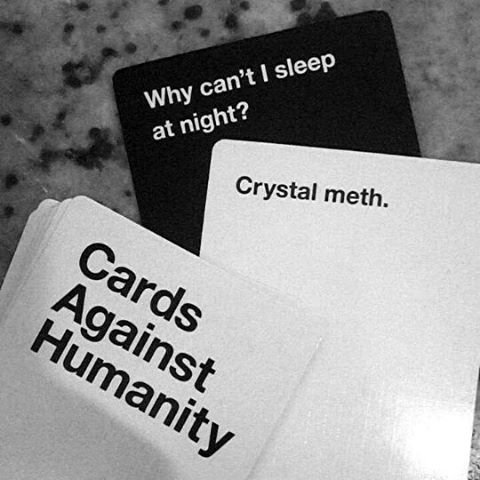 It's hard to get a good night's rest when you're on drugs. After all, they'll keep you up for as long as humanly possible. 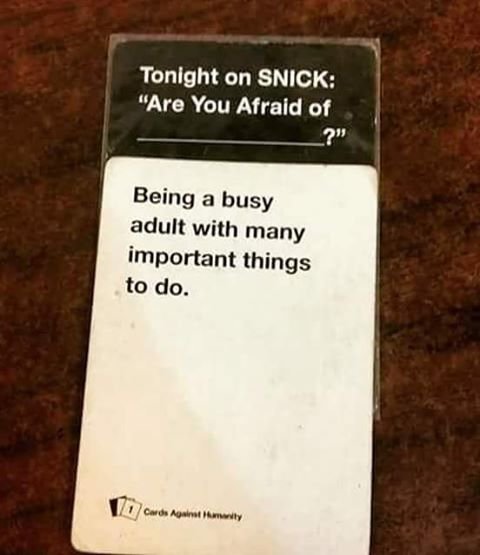 No one wants to grow up, because that means we'll have even more responsibilities than we used to have. It's better to be a kid. 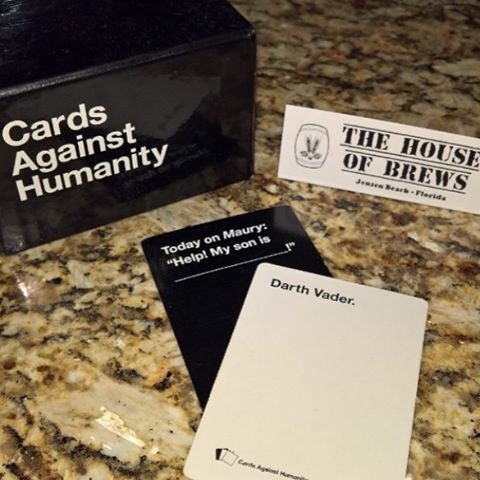 Everyone's been obsessed with Star Wars lately. So if you play a card that mentions Darth Vader, you know that you're going to win the round. 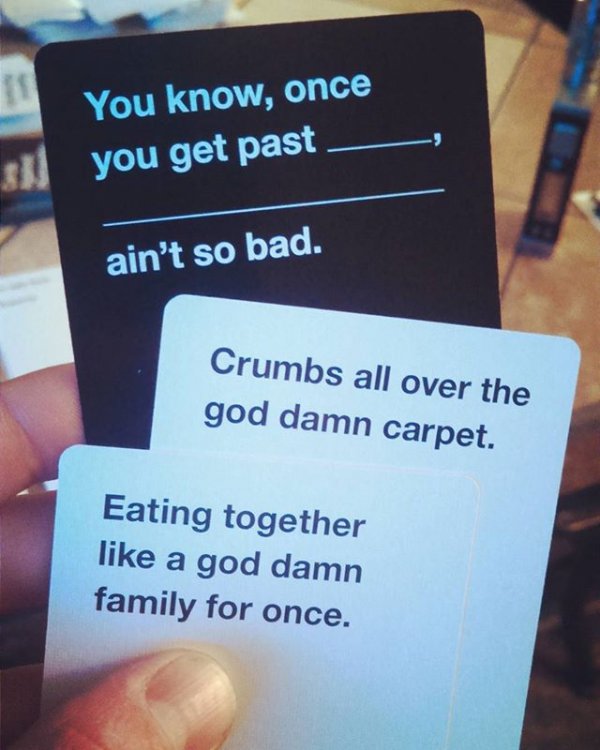 If you want to remain close with your family, then you should eat meals with them. Of course, you should try to avoid getting crumbs all over the place, unless you want to get stuck cleaning up after everyone. 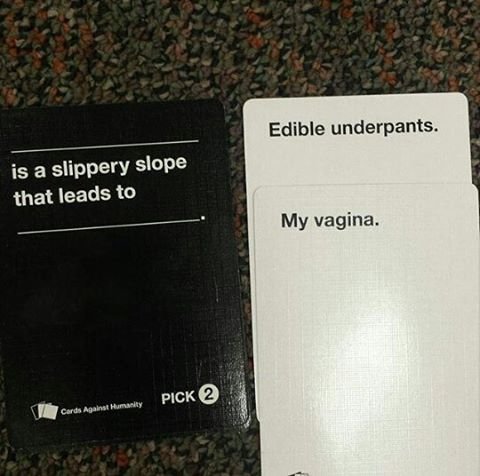 There's a reason why edible underpants exist. They're meant to be eaten. 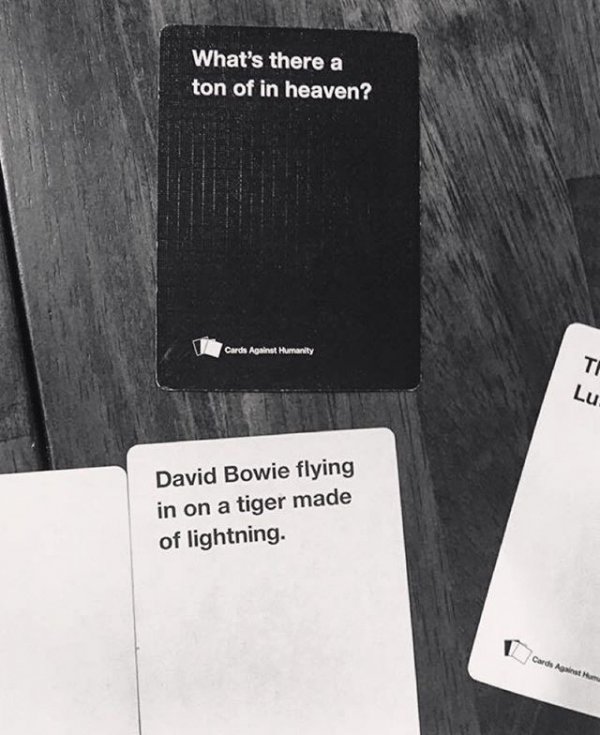 Unfortunately, this one is relevant, since David Bowie passed on recently. 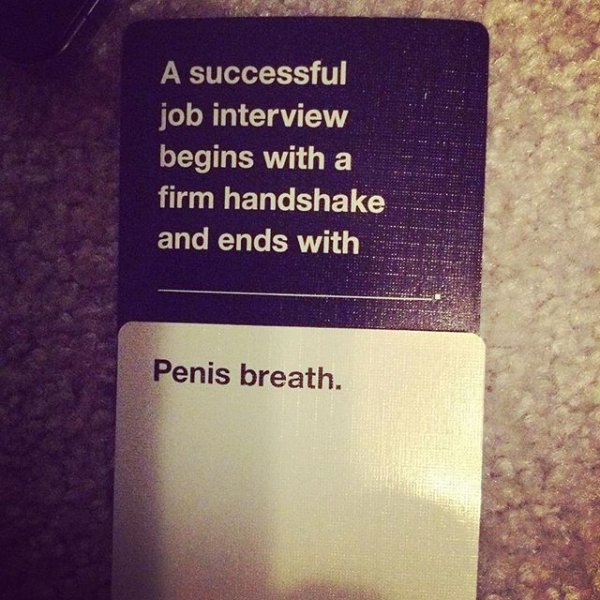 Some people will do anything they can to land a job--even if it requires sexual favors. 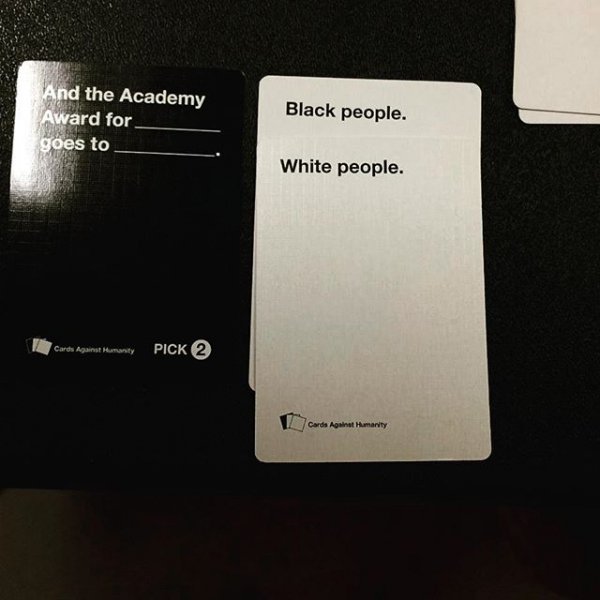 You've probably heard that it's the second year in a row where no black people have been nominated for an Academy Award, so this card hits close to home.

No one wants more than one stab wound. However it's impossible to have "just one" when there are "multiple." 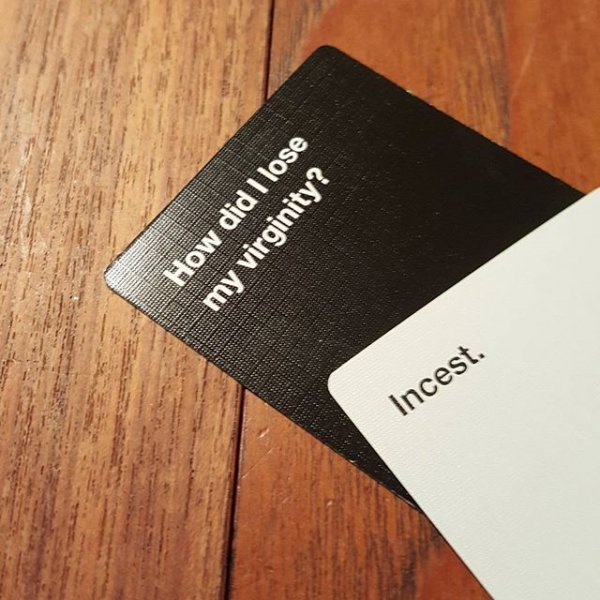 This one is pretty disgusting, but that's the type of humor that typically wins a round of Cards Against Humanity. 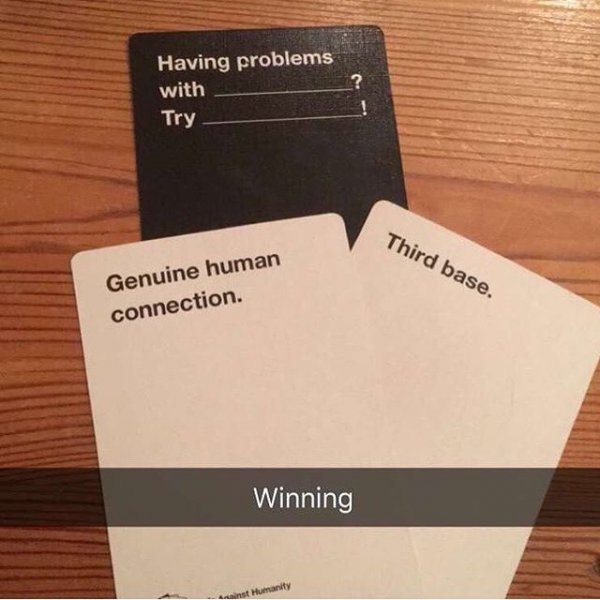 If you want to feel connected to someone, then you can just have sex with them. It'll make you feel closer than ever (at least physically). 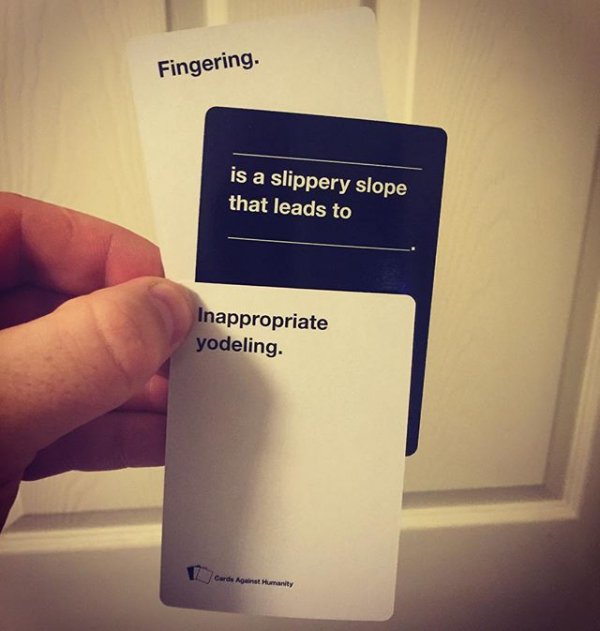 This is a strange way to describe sex, but it's pretty accurate. After all, some moans do sound similar to yodels.

If you don't own the game yet, head to cardsagainsthumanity.com to download the cards for free. That's right! You don't even have to pay for it! What's the funniest pairing you've ever seen during a game of Cards Against Humanity?