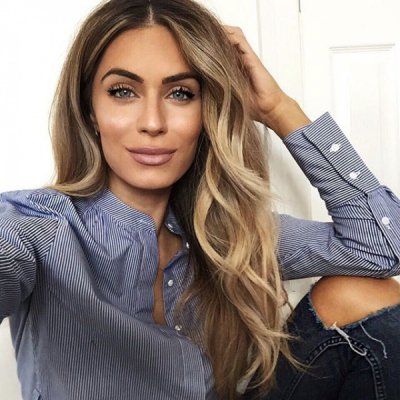 1. My Oven is in Cleaning Mode

Your period might feel like a pointless form of torture. However, it's really the time when your body sheds pieces of itself that it no longer needs, which is what makes this phrase pretty accurate.

2. My Girl Has Started Her Monthly Job

Anytime you reference it being a certain time of "month," everyone should understand what you're talking about. So unless you have a daughter, your friends shouldn't take long to figure out who your "girl" is. After all, they all have to deal with their own girls.

If you're uncomfortable getting sexual with your boyfriend during that time of the month, you can use this phrase to warn him to keep his hands off. He can touch you again once your body is back to running smoothly.

4. Mother Nature is Obsessed with Me

Even though Mother Nature visits every woman once a month, it can feel like she's obsessed with you when your time comes. However, using this phrase might make you feel like Regina George, so use it sparingly.

As long as you wear the right pads or tampons, no one should be able to see that you're wearing red. However, that doesn't change the fact that there's some red on you in unseen places.

6. This Ride is Currently under Construction

This is another phrase you can use when your boyfriend tries to get frisky during that time of the month. As soon as you say these words, he'll know that he's going to have to wait a while until he can get on his favorite ride again.

You wouldn't want to swim on your period, especially in an ocean full of sharks. Everyone claims that they're attracted to blood, so the situation wouldn't end well.

You might've heard some women say that Aunt Flo is in town when they're on their period. However, you can be a little less obvious about your situation by saying that Tom is in town. It sounds like a name, but the letters stand for "time of month."

Unless you're sitting in a car, then your boyfriend should be able to figure this one out. In a week, once your period is over, then you can give him the green light instead.