If you've read every book and seen all of the films, you're going to love using Harry Potter pick-up lines. You don't have to forget about your love of Hogwarts, just because J.K. Rowling supposedly finished writing about the school. You can still reference it as much as you'd like by using these Harry Potter pick-up lines. If you use them on a fellow fan, they're sure to fall for you.

1 My Name May Not Be Luna, but I Sure Know How to Lovegood

There are so many character names that are great material for puns. If Luna is your favorite one, then you'll consider this the best of all the Harry Potter pick-up lines. It's heavily suggestive, but no one will find it scandalous when you're simply referencing one of the most beloved female characters in the novels.

2 Going to Bed? Mind if I Slytherin?

You can use this line even if you're a Hufflepuff. Of course, if there's a little rebelliousness in you, then these words will be even more appealing. Not only will you let your crush know that you're interested in him, but you'll also hint at how naughty you can be. 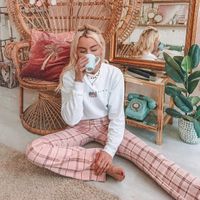 Alternatives to Coffee to Perk You up ... 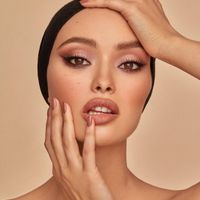 How to deal with jealousy in a long distance relationship

3 I Was the One Who Gave Moaning Myrtle Her Nickname

Moaning isn't always a bad thing. Sure, it can happen after you cut yourself on a piece of paper or get clawed by a cat, but it also happens after a really awesome kiss. If you can make someone moan from pleasure, you're one talented gal.

4 Girl, Are You Sure You're a Muggle Cause I'd Swear That Body is Magical

Muggles are boring, so it's a huge compliment to accuse someone of being a wizard. Of course, you don't have to say that their body, specifically, is magic. You can call attention to their smile or eyes instead. Choose whichever aspect of their appearance is the most appealing to you.

5 I May Not Be the Boy Who Lived, but I Can Still Be Your Chosen One

This is a surefire way to let your crush know you want him to be your boyfriend. He'll be flattered, because out of all of the men in the world, you chose him.

6 You Should Be Expelled. Love Potions Aren’t Allowed in Hogwarts

Here's a fun way to admit that you're in love with someone. Why settle for a boring admittance of affection when you can throw some Harry Potter references into it?

7 Do You Play Quidditch? Because You Look like a Keeper

This line is perfect if your school has their very own Quidditch team (which more and more schools are starting to create). Of course, even if the sport isn't offered, it's a fun way to compliment a cutie.

8 Want to Ride My Broomstick?

This one is a little crude, but it'll get the point across. Just make sure you use it on someone who won't get easily offended by your offer.

9 My Love for You Burns like a Dying Phoenix

It's a sad comparison, but it'll show them how much you care. There's nothing more intense than the death of a phoenix.

Harry Potter shall never be forgotten, because the books and movies have such a loyal fan base. Are you someone who could read and watch the stories hundreds of times, without getting bored? Which movie or book is your absolute favorite?

food
Alternatives to Coffee to Perk You up ...
perfumes
7 Ways to Figure out Your Scent Personality ...
diet
7 Unrealistic Diet Claims out There You Need to Ignore ...
lifestyle
7 Discoveries That Have Changed the Way We Look at Sea Mammals ...
love
How to deal with jealousy in a long distance relationship

What to get son in law for christmas ...
How to look good in shorts ...
What was your first concert ...
What food has a lot of calories ...
What helps break down glucose ...
What foods are high in sugar ...
How much dark chocolate should you eat a day ...
How to stop being a hypocrite wikihow ...
What temperature is hard ball stage for candy ...
What's distilled vinegar ...