9 Ridiculous Words That Used to Be Considered Curses ...

We all have our favorite curse words, whether we feel comfortable using them or not. However, some of them didn't even exist a few decades ago. Back then, they had an entirely different set of curse words, most of which sound funny to us today. Here are some vintage curse words that you can use in this century without offending anybody:

'Snails was a shortened way of saying "God's nails" and we all know that any form of the word God or Jesus was once considered a curse word. 'Snails sounds pretty ridiculous to us now, but back then, it would've made you cringe. So the next time you accidentally give yourself a paper cut, feel free to yell 'snails. Of course, everyone will probably look at the ground for the critter they assume you've seen.

The theme continues. Mentioning any part of God's body seemed to be majorly offensive back in the day. Nowadays, it's more rare for us to take his name in vain, unless we're just screaming it out plainly. 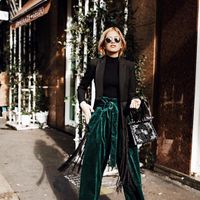 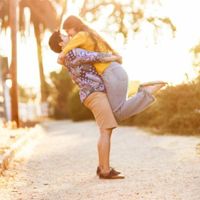 Want a Strong Relationship 7 Reasons Why Your Boyfriend Should Have His Own Friends ...

Sard equates to the F-word. That means it was one of the worst words that a person could utter. If they were about to make love with someone and wanted to be crude about it, they would say that they were going to sard their husband.

Trollop was the word they used back in the day for "prostitute," so it was mostly used to describe women who were paid to have sex. Of course, it was also used on women who weren't prostitutes in order to insult their integrity. We do the same thing today, as unfortunate as it is.

What do these seemingly random words sound like to you? Well, they're supposed to sound similar to "Jesus Christ." Anyone who was too religious to actually use the name in vain would say Rover Cripes instead. It's not the worse curse word out there, but it was still considered naughty.

This is similar to saying "damn it." When something went wrong, it would slip from your ancestor's lips. However, if you were to use it today, you'd end up with others laughing at your innocence. Of course, it's always good to use when there are children around and you don't want to say anything too vulgar.

No, this has nothing to do with getting angry at your father. It's a way to say "goddamn" without actually saying it. There's just something so satisfying about curse words with the "D" sound in them.

You've probably heard the insult "a mewling quim" before. As ridiculous as it sounds to our ears, it was quite vulgar back in the day. A quim is supposed to be a "vagina" and everyone knows how private sexual terms were in the past. Using this word was a huge no-no.

Occupy is a regular, boring word to us today. However, to our ancestors it was a dirty one. Occupy was a word that used to mean that two people were having intercourse. How crude!

Our language is constantly changing, even when you don't realize it. It's why so many new slang words pop up every year and disappear the next. Do you know any other vintage curse words that are perfectly innocent today?

celebs
Fashion Critic at Fashion Rocks London
love
7 Ways to Be Flirtatious without Overdoing It ...
travel
8 Best Ski Resorts for Children ...
diy
Make a candy bouquet
love
Want a Strong Relationship 7 Reasons Why Your Boyfriend Should Have His Own Friends ...

How to tell your cousin you have a crush on her ...
Why is tilapia bad for you ...
How to stop unintentionally flirting ...
Why do guys lie to impress a girl ...
Is tuna safe ...
How to cook vegetable soup ...
How long is noosa yogurt good after expiration date ...
Is attractive a compliment ...
Who is mary wollstonecraft ...
Is philosophy shampoo good for your hair ...