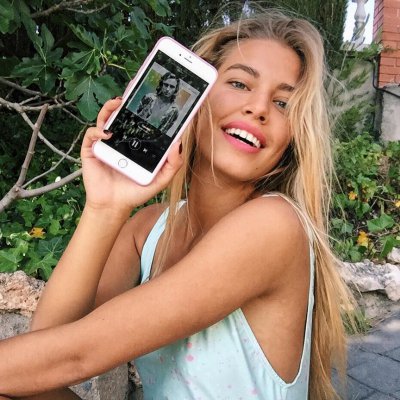 You don't need dozens of apps in order to have fun on your phone because there are entertaining texting games to play when you're bored.

They don't cost a thing 💸 and can strengthen your friendships, so you might as well try them out.

Here are the most #entertaining texting games to play when you're bored:

If you and your buddy absolutely love the same genres of music or the same artists, you will totally own this game. The trick is to create a conversation using only song lyrics. You could make it more difficult by choosing only one artist or one specific album.

And if you’re a real music enthusiast you could try playing the game, Spontaneous – a game where lyrics come to life. Don’t worry though, singing talent is not a must… but having loads of fun definitely is.

This game is a great way to pass time and to exercise some brainpower. In it, you should send your BFF or partner a word. They will then have to come up with as many other words as they can by using only the letters of your word. So if you decide to use the word “FRIEND” – the receiver could reply with: fired, fiend etc. You could allocate more points for the longer words vs. the shorter words.

And if you’re all about that brainpower, Scrabble is an absolute classic.

3. Question for a Question

This game is perfect for a new relationship or friendship as it helps you learn more about someone in a fun and interesting way. You can play it by asking your texting partner a question about them and they have to answer with another question in an attempt to get to know you.

Another fun question game to play while on a road trip or for a rainy day is Loaded Questions: On The Go.

If you think you know everything there is to know about someone, why not try playing a texting game of personal trivia? One person can ask the other questions about themselves to test just how well they know them. For example: What is my favourite food? When did I have my first kiss?

If you’re a true trivia fan, you can check out Matter Of Fact – a trivia game for those who know a lot… or think they do.

Together, you will come up with a few topics such as cities, countries, fruit, clothes, etc. Then, one person will choose a letter of the alphabet. The first person to text one thing for each topic beginning with the chosen letter, wins. For example, if the letter is D - country: Denmark, city: Detroit, fruit: dates, clothes: denim jeans.

Play On Words is another fun game that’ll keep you entertained for hours. It’s for all ages and is super creative.

This is yet another fun and simple game to play with anyone, whether you’ve known them for years or even a few weeks. You can talk to them different kinds of scenarios by starting with, “What if…” For example: What if you had to choose between marrying your crush and meeting your absolute favourite actor/singer in real life. What would you choose?

Another great conversation starter is the game Table Topics – a game that of thought provoking questions for your friends, family, or partner.

In this game, you and your texting partner will each pretend to be someone else. It could be a celebrity or even someone you know. You then have to have a conversation with each other acting as though you were those people.

Of course, the classic acting game is Charades – an addictive game at that!

This is a game that could be done over text or even using another app like Snapchat. In it, you need to take a picture of something close up so that the other person can guess what it is. You could do a close up of your cat’s fur or of your favourite makeup item, giving hints along the way.

And seeing as guessing games are so much fun, why not try P.U. The Guessing Game Of Smells? It’s a game that comes with cards – some have a smell and some don’t. You have to guess what the smell is, if any.

Emojis are a fun way to express ones self. But have you ever used only emojis to have a conversation? Try it with your texting partner and see if you can decipher the hidden message!

This is a really fun and flirty game to play with your partner. You start by writing a sentence that he will finish, and vice versa. For example: you could say, “You love it when I…” or “I am at my sexiest when I…”, he would complete the sentence.

Another fun way to fill in the blanks would be to play The Voting Game. Each card has a question with a blank for you to fill in. Use it at your next party when you’re keen to get to know new friends!

This is a simply guessing game using clues. One person can describe their surroundings to the other using creative and fun adjectives. Then, they need to guess where the person is.

Another game using your keen eye and describing skills would be that of I Spy: Eagle Eye Edition. You play this game by searching for images on a board that are given to you in word form on a card.

This game requires you to text backwards! The message will be written in reverse so for example: I love you = you love I. You could make it even more difficult by mixing the letters too. For example: uoy vleo I. Make the sentences really long to confuse the heck out of your texting partner.

Another cute letter game that is small and easy to play on the go is Scrabble Twist Game. Simply create words using the device and twist to score.

This game is so simple, yet so fun. You get to ask your texting partner any question starting with “Would you rather…?” For example: Would you rather win a million dollars or live in your dream destination?

While this game is totally fun, it’s even more fun when you can use cards with already made up scenarios such, Would You Rather/You’ve Got To Be Kidding.

Each person will write one sentence, adding onto what the last person has said. In this way, you’re creating a funny yet creative story. Heck, if it’s good enough, perhaps you can get it published? LOL.

And if you have a way with words, another fun activity to pass the time would be to make funny sentences using word fridge magnets.

Usually, this is a drinking game but you could still play it as such if you and your bestie or partner or are in different places. It is played by saying, “Never have I ever…”followed by a situation. For example: Never have I ever driven a car. If the person, including yourself, has driven a car – you would drink a shot. You could even take pictures of you taking the shot (if you’re of legal age!) when you have done something.

You could also consider playing the card version of this game. It’s just as scandalous with the tag line of “The game of poor life decisions”.

We all love to use abbreviations such as LOL, OMG, WTF, etc. But in this funny game, you need to write whole sentences using abbreviations and your texting partner needs to guess what you’re saying. For example: What are you doing tonight = WRYDT?

Another fun abbreviation game is called etc. and is played by getting letter combinations such as SC along with a hint and you’ll have to guess what the abbreviation stands for.

In this game, you should come up with a topic, for example: romantic comedy actors.

Then one person will name a romantic comedy actor to which the next person should answer using the last letter of the answer. So, if one had to say Sandra Bullock, the next person would need to say something like Kate Winslet.

If you fancy yourself quite the celebrity whizz, then you might like the game Hollywood Game Night – a trivia game based on hit TV shows from NBC.

In this game, one person would say a line from a film and the other needs to guess what film it is. It could be something as easy as “I’ll be back” or you could make it really hard. The trick is, of course, not to consult Google though!

If you are pretty good at this game, you’ll probably ace Movie Buff, a film trivia game made for those who simply adore movies.

In this game, you will choose a topic and see who can come up with the most answers. So, you could make the topic: something green. Each person would take turns to answer until someone is totally stumped, thus losing the game. For example: something green - green pepper, cucumber, broccoli etc.

If you’re a fan of this game, you’ll most certainly get your kicks from the game, What’s Yours Like. You play it by describing an object for another to guess within a time limit.

The age-old game popular among teens and adults is True or Dare. You simple ask your texting partner: Truth or dare? If they answer truth, you ask them any question and they have to answer truthfully. If they answer dare, you can dare them to do anything and they could send a picture, video or even Snapchat of them doing the dare.

Alternatively, you could play the Truth Or Dare card game at your next sleepover, party or dinner.

Do you have any other fun and creative texting games to add? What are your favourites to play with your bestie or your partner? Hopefully you’ve found an awesome way to cure a boring day in this list. And with that, I wish you – happy texting!